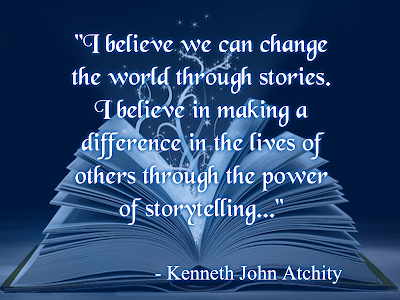 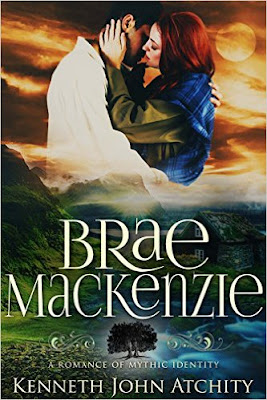 Brae MacKenzie, a successful San Francisco painter, is a woman who seems to have it all but who's felt a sense of loss and longing since childhood. Her artistic passion hasn't filled that void, and with the untimely death of her charismatic husband, the old pain resurges.


Brae's father senses his daughter's pain and before she embarks for an exhibit in England he hands her a family heirloom hidden away for years...a letter: "Since you are still among the living, your heart is not broken...follow the map," Brae reads, "to Scotland."


The London exhibit, in its ultra-chic hollowness, prompts Brae into taking and advice of that bewildering letter. She hops a train for Glasgow.


When the train goes through a tunnel and emerges in a forest of "Christmas trees," Brae suddenly feels something. This is her stop; she just knows it.


She met at the station by Damon, a stranger, or perhaps not. He becomes her own personal tour guide to the myths and history of a past she never knew--and to a romance she never dreamed of having. 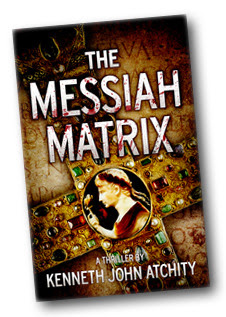 To what lengths would the Vatican go to suppress the secret origins of its power?

The Messiah Matrix is a myth-shattering thriller whose protagonists delve into the secrets of the past—and expose those who hide them still.

A renowned scholar-monsignor is killed in a mysterious hit-and-run in Rome. A Roman coin is recovered from a wreck off the coast of ancient Judea. It’s up to his young American protégé--a Jesuit priest--and a vivacious, brilliant archaeologist to connect these seemingly disparate events and unravel the tapestry that conceals in plain view the greatest mystery in the ecclesiastical world.

What they uncover is an ancient Roman imperial stratagem so controversial the Curia fears it could undermine the very foundations of the Roman Catholic faith.

From the ancient port of Caesarea to Rome's legendary catacombs and the sacred caves of Cumae, this contemporary novel follows their exhilarating quest to uncover the truth about the historical existence of the real "Christian Savior." 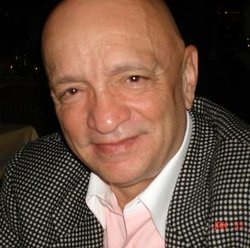 "I believe we can change the world through stories. 'The universe,' says Muriel Rukeyser, 'is not made of atoms, but of stories.' I believe in making a difference in the lives of others through the power of storytelling, both as a story teller myself and as a "story merchant" who enables other storytellers to make a difference."

Dr. Ken Atchity loves being a writer, producer, teacher, career coach, and literary manager, responsible for launching hundreds of books and films. His life's passion is finding great stories and storytellers and turning them into bestselling authors and screenwriters--and making films which send their stories around the world.

His books include, most recently, novels THE MESSIAH MATRIX and SEVEN WAYS TO DIE (with William Diehl) and nonfiction books for writers at every stage of their career. Based on his teaching, managing, and writing experience, he's successfully built bestselling careers for novelists, nonfiction writers, and screenwriters from the ground up.

He was born in Eunice, Louisiana; and raised in Kansas City, Missouri, where he attended Rockhurst High School (and was editor in chief of The Prep News). After undergraduate work at Georgetown (A.B., English/Classics), and getting his Ph.D. in comparative literature from Yale, he served as professor and chairman of comparative literature and creative writing at Occidental College and Fulbright Professor at the University of Bologna. He was Distinguished Instructor, UCLA Writers Program, and a regular columnist-reviewer for The Los Angeles Times Book Review.

As CEO of www.storymerchant.com, his Story Merchant companies, www.aeionline.com and www.thewriterslifeline.com, provide a one-stop full-service development and management center for commercial and literary writers who wish to launch their storytelling in all media--from publishing and film and television production, to Web presence and merchandising & licensing.