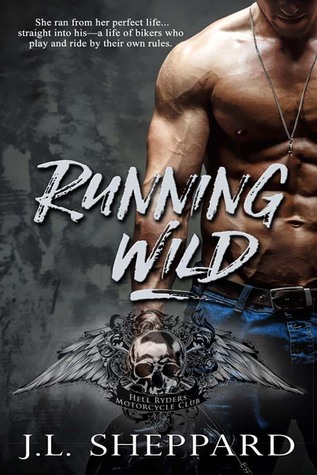 When the perfect life Alyssa Holden planned turns out to be a life of lies, she runs to her brother, the only person she can trust. She has no idea she’s running straight into a world of badass bikers who live and ride by their own rules. One tatted rebel in particular calls to her wilder side, and while everything in her draws her toward him, every experience she’s had with men warns her away.

Jace Warren is doing what he’s done his whole life—trying to survive, making the best with what he’d been given. The only life that makes sense after the military is Hell Ryder’s Motorcycle Club, but the sweet innocence of his army buddy's sister promises a different life, one a man like him can only dream of. Problem is, being his MC brother’s sister puts her off limits. Hard as it is, he keeps his distance. Then she kisses him, and all bets are off.

Alyssa’s father controlled her life. He selected her career. He arranged her marriage and when he fiancée cheated he demanded she still get married because it would be beneficial to their families’ business.

Alyssa took a lot but she finally realized that this is not a life she wanted to live so she ran…to the only person she could trust…her brother, Ty.

After years of military service Ty has settled down with a new family, a motor cycle club. Not knowing Alyssa, aka Allie, was coming, Ty is taken and the club are taken by surprise with Alyssa’s arrival. When her first encounter with a few club members proves to be less than stellar, Ty pronounces Allie is off limits. Which makes things really difficult since there is an immediate attraction between Allie and his MC brother Jace, (aka Trig).

You might find this surprising from a MC based read, but the romance was quite sweet. Although Trig has the tough as nails retired military sniper, biker and uber alpha rep, he is cares deeply and is highly protective.

An Amazing read, J.L. Sheppard truly captures the essence of a marvelously strong MC romance. While she still manages to keep the characters relatable, creating that desired reader connection to the tale.

I received this copy of Running Wild from J. L. Sheppard in exchange for a honest review.