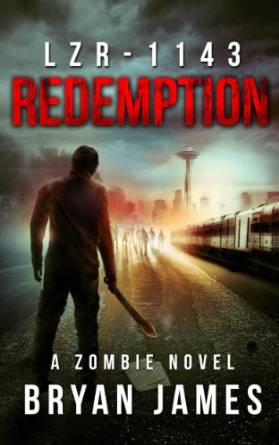 The infection came first, hordes of undead bringing mankind swiftly to its knees. Despair and misery followed, as the remaining survivors fought the living dead--and one another--for a slim chance at survival.

Through the pain and the destruction, Mike McKnight has somehow survived. With the world’s population on the brink of extinction, Mike and his friends have struggled to find a vaccine to this plague that threatens total, global annihilation of the human species.

Now, on the verge of turning back the tide, the success of a vaccine hinges on a dangerous, cross-country journey from Washington, D.C., to Seattle. Mike and his friends must find a way across a nation shattered by the undead, and through a world of horrors--human and zombie alike.

The clock is ticking and time is not on their side.

Over the blasted and haunted wasteland that was the United States of America, they fight the scourge of the undead and the hands of time, hoping against hope that the next sunset is not their last. That somehow, they can help mankind find what it needs most in its hour of peril: redemption.

…And the horrors continue as the man behind the Hollywood hero channels his own brand of selfless hero. As his ragtag group faces the perils of the living dead, the deceit of those who would take advantage of the chaos and those who want what he knows, what he carries and the power it would bring. Mike McKnight is headed for the one place his secrets can be used to save mankind from total annihilation, Seattle. Evolving zombies, more death, gore and destruction, each day could be their last as lives are lost to see him safely in the laboratories of those who can save the world with a vaccine only he has.

Yep, still edge of your seat drama, sometimes over the top, certainly deadly, but fascinating, just the same as the evolution of one man into the hero he portrayed can bring Redemption to humanity and a second chance to live and make the world a better place.
Bryan James holds nothing back, and the tension is high as time after time, these heroes face a certain death only to life another day. If you like your zombies deadly, your gore graphic and your heroes humanly flawed, suspend your reality and take a ride on the journey to Redemption where hope is finally coming back to life, but the future is still one big question mark…and survival is now a reality.

Over the top sometimes, of course, this is horror, fantasy and action! A quick read that Mr. James still infuses with timely humor that feels pretty human to me!