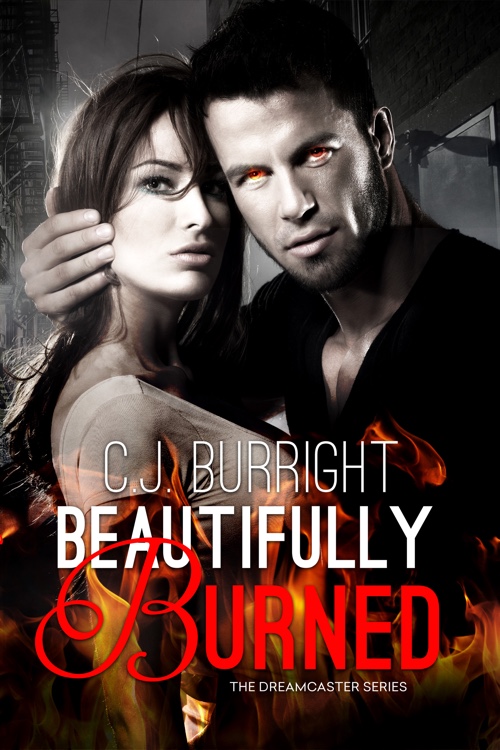 Grandma warned me to resist him.
I know what he is. Even if he doesn't sparkle in the sun, hiss at holy water, or go by the traditional name of vampire, I know.
He doesn't want or need my blood. He wants my dreams...more specifically, my nightmares. And I've got oodles of those, so many they leak.
He's emotionally scarred, growly, dangerous, and kindles all my senses. Love isn't on his agenda. Having him for a guardian isn't on my list of fun, either. My touch sends him into darkness.
I shouldn't want him.
I can't want him.
But I do.
If I surrender instead of escape, I'll lose everything--my sister, my will, my life. Gran forgot to tell me the most important detail of all: how am I supposed to resist him when he's everything I've ever dreamed of?

He is everything she should run from, hide from and fear, but Dax is the man Ella has always dreamed of and longed for. As she works the bar she owns every night. How can life be so unfair? C.J. Burright’s latest addition to the Dreamcaster series is one beautifully chaotic ride.

Beautifully Burned is a tale of love, struggle and determination. When danger comes from a dark entity, Dax may be the only thing that keeps Ella alive and that is so not his normal MO.
Ella is a Dreamcaster and Dax must feed off nightmares, like a vampire feeds off humans, draining them of the precious liquid. Gruff, ill-tempered Dax has no time for emotions, but Ella’s need and compassion both erode his prickly façade. Can he learn to trust in Ella? Can he learn to let another into his life? His is a mess, but Ella is determined to show him the good lies within while hoping she can also claim a piece of his heart.

Fall into a dreamlike tale as C.J. Burright builds a world that straddles reality and a magical world few know of. From scene to scene, the growth and changes in some of the characters is remarkable as one outwardly tough woman and one outwardly standoffish man find a one in a lifetime relationship that dreams are made of. Beautifully written by C.J. Burright, wildly creative and unique, Beautifully Burned is a gem that sparkles bright! 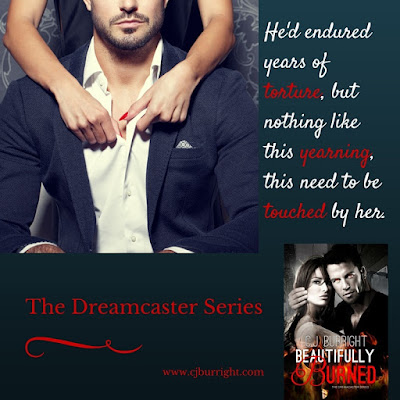 Book One
The Dreamcaster Series 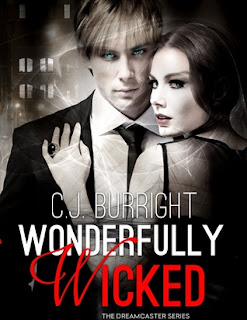 DREAMS CAN BE DEADLY
Kidnapped by the man of her dreams, she must embrace the darkness within to save her life … and her heart.
She’s an ordinary girl with a nightmare problem
For as long as she can remember, Kalila Montgomery has been tormented by creatures from her nightmares. Doomed to a solitary life with her cats, she’s determined to go down fighting. Until the man of her dreams— literally— kidnaps her and claims to know a cure. If only she could believe him.
He’s no ordinary hero
Lydon v’al Endrian will stop at nothing to be free of the V’alkara, a dangerous brotherhood who feed on dreams. But the key to his freedom, sassy dreamcaster Kalila, might be his toughest challenge yet. No matter how much she protests, he intends to keep her safe from the V’alkara, even if it requires the ultimate sacrifice.
But a girl can dream … can't she?
Now on the run with a man she can’t quite trust or resist, Kalila must decide— fight for her dreams of a normal life … or embrace a power she doesn’t want, to save Lydon.
Add to Goodreads 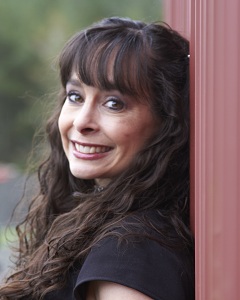 C.J Burright is a native Oregonian and refuses to leave. A member of Romance Writers of America and the Fantasy, Futuristic & Paranormal special interest chapter, while she has worked for years in a law office, she chooses to avoid writing legal thrillers (for now) and instead invades the world of urban fantasy, paranormal romance, or fantasy. C.J. also has her 4th Dan Black Belt in Tae Kwon Do and believes a story isn’t complete without at least one fight scene. Her meager spare time is spent working out, refueling with mochas, gardening, gorging on Assassin’s Creed, and rooting on the Seattle Mariners…always with music. She shares life with her husband, daughter, and a devoted cat herd.

Author of The Dreamcaster Series
Website*Facebook*Twitter*Goodreads