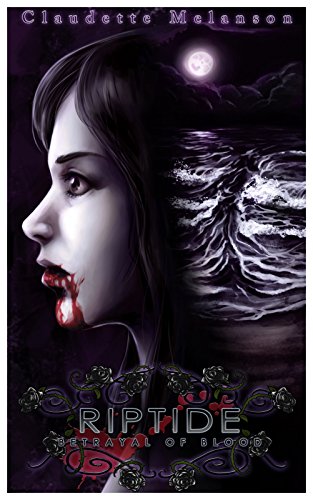 Maura has never felt so alone in her life…nor has her existence ever been so overshadowed by peril …
Not only do both her parents—her distant but loving mother and recently- returned father—remain absent from her life, but due to the hideous error in judgement executed in collusion with her best friend, Valdamir, and adoptive sister, Susie, Maura has been cut off from the pair’s friendship and support, forbidden by both her father and the fallout from the dire outcome to see either of them. The heartbreak she suffers, brought on by the weight of these estrangements, is only intensified by the continued mysterious absence of her supernaturally-destined mate, Ron…whose disappearance delivers grave consequences Maura would have never dreamed possible…
Despised by her vampire cousin, Aldiva, for reasons Maura cannot yet comprehend, the young changeling will be forced to guard her back with every step, as she comes to realize this member of her vampire family would love nothing more than to bring about her demise. Aldiva’s wrath calls forth other members from both Vancouver covens, forcing them to rush to Maura’s aid—even though her father, their king, has expressly forbidden the other vampires to initiate contact with his daughter. Will her extended family on Vancouver Island obey, abandoning Maura to her doom, or will they instead rebel against Maxwell’s wishes in order to save her life?
In addition to the menace personified in her unsolicited enemy, the unlikely vampire princess will find herself drowning as she is pulled down into the depths of a far more devastating crisis…one which may condemn her to a fate she considers much more undesirable than death. But in order to tear herself free from the deadly pull which is drawing her under, Maura must enlist the help of her preternatural family, exposing her newfound friends to a danger none of them have ever had the misfortune to face before. Can she be saved or will the riptide drag Maura under…along with those she loves the most…
In this third and final book of The Maura DeLuca Trilogy, the reader will delve even deeper into the secrets guarded by Maura’s father, the mystery of Ron’s role in her life and the identities of the mysterious Vancouver Island Coven members who have, up until now, remained hidden in the shadows. This trilogy rounds out the segment of Maura’s life during which she discovers she is a member of The Born—a human destined to complete her transformation into a vampire! This series of young adult fantasy novels has been enjoyed by readers of nearly every age and are found by them to be dramatically different from any other vampire books they have read in the past. Discover a magical world filled with fae, angels, elves, pixies and other enchanting creatures in addition to two families made up of some of the most likeable vampires—for the most part—to ever exist.

Just when Maura needs her family most, she is given a sobering dose of tough love for a horrendous mistake she made as an uninformed “almost” vampire. Sure, her father, the King of Vampires meant well, but he has unknowingly left her overwhelmed, under-protected and terrified, not knowing what to expect or what is expected of her. Ron is still missing and her heart is feels like it has been caught in a vise. Little did she know, within her new vampire family, someone is plotting her demise, someone who may just be the most powerful vampire alive. Only her babysitters, sent by her father give her any comfort until the danger rises and more covens are called on to help the young Vampire Princess. Can they be trusted? Is she too human to understand the stance the vampires take?

Not knowing what to expect with her change, and unaware that her vampire genes are shutting down, poor Maura knows she may be left adrift in the world of humans just when she accepted her future eternal fate. What happening to Maura? Is it stress? Too heavy of a class load? The pain of losing Ron?

This is it, the final chapter of the first Maura DeLuca Trilogy and Claudette Melanson has held nothing back! Riptide: Betrayal of the Blood plunges Maura into another maze of confusion and danger with no safe haven to land on. Ms.Melanson's title is not only intriguing, but tells the crux of the story as Maura is betrayed by not only her blood, but the familial blood that flows through the veins of her vampire family.

Brilliant characters, heart-warming vampire interactions and a nasty evil cousin are all onboard for this leg of Maura’s story. Ms.Melanson not only writes about magical beings, like the fae, pixies and more, but she uses her own magical mind to showcase a young teen as she comes of age in a most painful way. Sure, her father may not win Father-of-the –Year for the choices he has made, but like every parent, he is doing the best he can under the conditions he exists in. When push comes to shove, and a chance to re-ignite Maura’s vampire genes comes to light, be assured that Claudette Melanson probably gave one of her characters a little shove in the right direction, but can she/will she keep them safe? Guess you’ll have to read the book to find out, trust me, you’ll be glad you did!