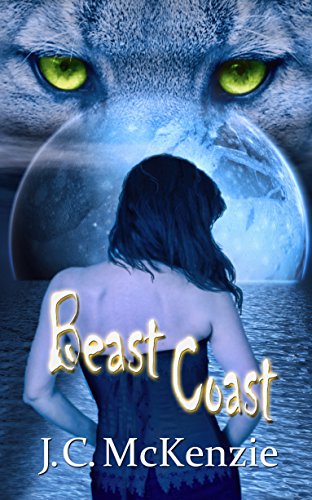 Sometimes the greatest danger comes from within…

When Master Vampire Lucien Delgatto threatens her potential mate Wick’s life, Shape Shifter Andrea “Andy” McNeilly will employ a den of witches, a bedazzled thong, and her ability to shift into multiple animals to meet his demands. She plans to keep Wick safe—even if she’s not speaking to him. Lucien’s unwelcomed control over Wick's life has thrown Andy into a whirlwind of emotions.

Though Wick vows to do whatever it takes to earn Andy’s forgiveness and win back her trust, it may be too late. This recent conflict awakens something within Andy, an animal she’s never learned to control. For hidden beneath all her forms is a beast whose anger and brutality rivals none.

When an author can make you loathe a character or two to your very core, they have done their job. If you are having a visceral reaction to events, personalities or even the dialogue that is just as strong as your connections to the heroine and other “good guys,” the author has done their job and this time out, J.C. McKenzie proved that she is totally and completely capable of causing her readers’ emotions to run wild. Beast Coast follows Andy as she struggles with her feelings and trust for Wick. He has hurt her before and as one of the Master Vampire’s executive minions, odds are very good he will do it again, and again.

When a werepanther comes on the scene, Andy’s mountain lion purrs with delight and Andy isn’t too far from purring, herself. Tristan is kind, protective, handsome, and seems to know just how to make Andy feel special, and the big bonus? He is not under the vamp’s control.

Once again, Andy is forced to play the “do whatever degrading thing Lucien commands “ game and I could feel my hackles rise. And Clint? Just rip his filthy throat out, someone, please. I almost felt like I had to wash my eyeballs out every time he was in a scene.

Still, J.C. McKenzie has a fabulous tale to tell about a very strong shifter who must learn to control both her mind, her mouth and a new beast rising from within. What is Andy becoming, other than bait for more danger? A dark fantasy filled with more grit than a sandbox, more sexual innuendo than an R-rated movie and one tough heroine that deserves better.