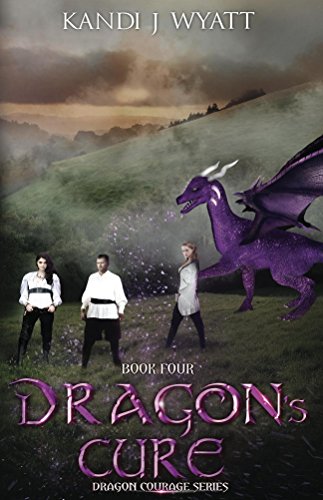 Serena’s been hurt before, but not like this. He had gone too far this time, and she knew it. When she sets out on her own, she’s unsettled by the ominous noises that seem to follow her. Scratches and huffs that couldn’t have been made by any animal she had ever heard of. With wonder, she discovers that the noises are not the stuff of nightmares, but a baby dragon. And along with it, an intriguing dragon rider named Carryn. While Serena begins training as a dragon rider, she struggles to trust her trainer and her new friends, including her dragon. When her future is put in jeopardy by dark forces, Serena must fight her greatest enemy: herself. Can she fight through the past to form a true friendship and avoid being enslaved again, or will her distrust cause her to lose the security she so desperately longs for? Will bitterness be set aside and broken hearts be healed? Follow the tale of friendship, courage, and hardships of Serena and Carryn in this powerful middle grade novel by Kandi J Wyatt. (This is a middle grade novel, but has the subjects of human trafficking and abuse.)

Is there anything better than a story told by Grandma? Duskya is a grandmother now and regales her grandchildren with a tale of a brave and determined young dragon and a girl who refused to be her rider. Serena’s life had been full of pain. When it became too much she fled to cavern in the mountains where she discovered a baby dragon who can speak in her mind. Afraid of humanity, loathe to be returned to her abusive father, she is skiddish around any male of authority, so when she is welcomed into Duskya and Curulean’s lives, she allows that fear to cloud her judgment and runs away with one of the dragon riders who is secretly dealing in human slave traffic. But just when her life couldn’t’ get any worse and death loved to be the best option, this brave and strong-willed young woman sparks a note of regret and shame that will begin the quest to free both her and the other slaves.

Serena will learn the true meaning of familial love and what a family will risk for each other. She will also learn trust and forgiveness, as well as to believe in both herself and those around her.

This time out, Kandi J. Wyatt’s The Dragon’s Cure is a little darker, but still filled with the wonder of a world where dragons and humans work together by choice through a special bond of love and respect. Ms. Wyyatt has also tackled a sensitive contemporary topic with the skill of a master, not hiding the horror of kidnapping and slave trafficking, while not uncovering the most hideous sides of it. A wonderful adventure and fantasy story with a cautionary tale built within told through the words of a gifted storyteller and not the dry warnings children so often hear and either ignore or do not fully understand.

I received this copy from Kandi J. Wyatt in exchange for my honest review.