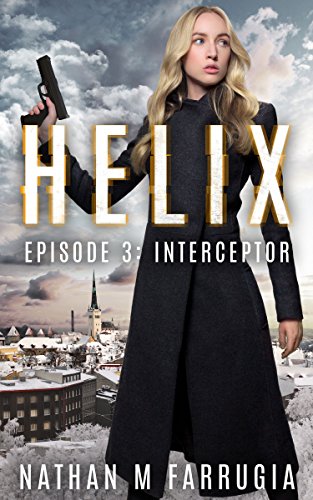 Sophia was once the Fifth Column’s most dangerous weapon.
Now she’s their greatest threat.

Intercepting Fifth Column operatives before they can complete their deadly missions, Sophia is deprogramming them and turning them against their masters. But a powerful, new type of operative tips the balance against her, and she barely escapes with her life.

The rules of engagement have changed, and Sophia is forced onto a collision course with the one person who will save her or kill her—Olesya.

They’ve crossed paths once before. This time, only one will walk away.

Raw, brutal action, hardened warriors who will fight to the death, genetic manipulation and rebel operatives working to take down evil before the world implodes. Yep, Nathan Farrugia is back with another episode written with brilliant military precision, in a crisp, no frills style and filled with the tension of a garrote. Suck it up, soldier this is war and we are invited to witness attacks and counter attacks, espionage and true grit.

Sophia has become a very large thorn in the Fifth Column’s side, Aviary abilities are key to advancement, but a new type of operative has come on the scene and this could be a game changer.
High energy, short, but very effective in capturing the very souls of its readers, Helix: Episode 3-Interceptor takes the baton to further the tales of Nathan Farrugia with ease. Powerful storytelling and powerful characters make this brief tale well-worth the read, over and over.

I received this copy from Nathan M. Farrugia in exchange for my honest review.