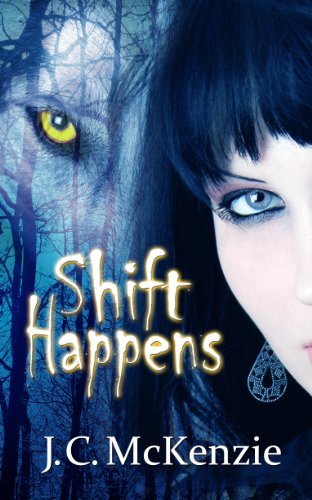 Andrea McNelly's job as a government agent is not asking questions, but then a routine assignment turns into a botched assassination of a Master Vampire's human servant. Answers become a priority. Her search to discover the truth is riddled with obstacles, the largest being an oversized Werewolf who resembles a Norse god. Andy can't afford the distraction he offers, because if she fails, she faces eternal enslavement.

Wick's job is to monitor Andy, but he prefers more intimate activities, none of them G-Rated. His choices, however, are often not his own. His ability to help Andy is limited by his bond to the Master Vampire.

Facing many trials and challenges along her path to redemption, Andy learns the value of her freedom might be set too high.

Andy is a supernatural black ops assassin-the kind that no one admits to employing but when her latest assignment goes belly up, her handler goes missing and her target seems to be very much alive, life as she knows it is about to do a 360 into chaos. As a shifter, Andy can alter her animals according to her needs, but she wasn’t prepared to have her inner wolf make a headlong lunge for the enemy, a werewolf alpha whose pack is indentured to the Vampire King, his minions who do his bidding.

Now captured and alone, Andy will face the humiliation and degradation of the vampires while fighting to keep her heart from falling for Wick. Meanwhile, the vamps want her to discover who gave the order to have the human killed and she has a deadline to meet or else. So, if Andy was tricked into doing this job, who IS behind this deadly fiasco? What is Andy going to do about Wick, a man of incredible patience and strength?

Shift Happens by J.C. McKenzie runs the gamut of colors and moods, from the dark and brutal to the light, snarky and humorous. Andy is solidly an independent woman with great inner strength, while Wick holds more patience and gentleness than seems normal, must be that mating bond. If you like very dark vampires doing despicable acts, a paid assassin with enough attitude for an army and two souls caught between love, hate and indifference as they struggle through the traumas inflicted, there is a very strong tale here written by an author who pulls no punches and isn't afraid to leave us with a few questions at the end.