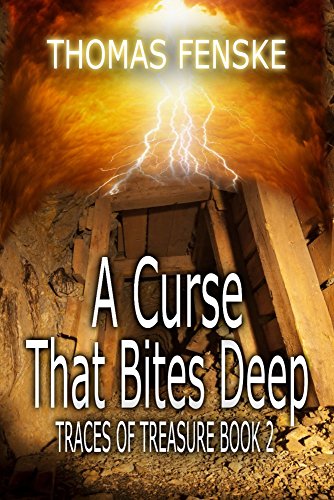 Thomas Fenske knows how to give a homey personality to his tales. Like sitting around a big potbelly stove at the General Store, Mr. Fenske’s A Curse That Bites Deep tells the tale of Sam, obsessed with finding the hidden gold mine that would promise him great wealth and an adventure like none he could ever foresee.

An old man told Sam of a lost mine and so began his new life in a small Texas town still mired in deep-rooted prejudice, and archaic ways. Having found the lost mine, he covertly digs and tunnels to seek his fortune, coveting the location form all that knew of his quest. With the help of his girlfriend, he enlists one young man to help him with the grunt work, but it seems that others also know of the mine. Do they mean him harm or are they allies? Will the ire of one livelong friend bring his dreams to a screeching halt? Will Sam be protected by ghosts of miners from the past? How many people must die because of Sam’s secrets or mental instability? One must wonder if the rewards could ever justify the costs.

Character driven, with fabulous dialogue, the action comes through more through words and explanation than scene development and character movement. Almost like watching television this tale comes to life and the dialogue never quits. Again, there is a feeling of telling tales around a stove and this one would make a legend in the making. Perfect for those who like a Good Ole Boy Story with a touch of mystical magic and the heat of gold fever.

I received an ARC edition from Thomas Fenske in exchange for my honest review.