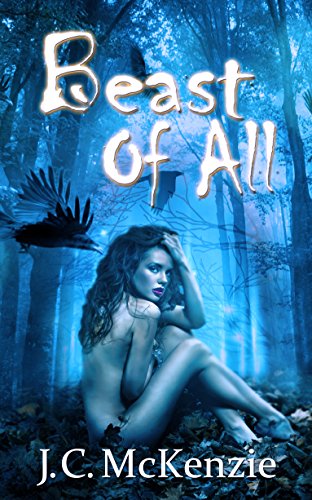 Beast of All
by J.C. McKenzie

“Two months ago my world collapsed and the beast reigned. Seven weeks ago the SRD captured me. Nine days ago, they injected me with something vile. Today, I break free. And tomorrow? I’ll make them pay.”

Badass Shifter Andy McNeilly wakes up from a horrible nightmare, only to discover it wasn’t a dream, and she’s no longer quite so badass. Chemically curbed, Andy has lost touch with her feras and beast when she needs them most. Can she regain control of her supernatural abilities in time to reap retribution from her enemies, or will she fall as fodder in a power play for control of Vancouver’s seedy underworld?

Her life has gone from one nightmare of chaos to another. She has been humiliated, betrayed and left standing alone. Even love seems to torment her, but Andy and her animals cannot be kept down. This shifter will prove there is more to her than what meets the eye, because when this woman roars, someone may have pushed her too far. But will she ever find someone to love who will take her as she is?

Beast of All by J.C. McKenzie is that last journey into Andy’s world, the one that has seen one tough shifter take blow after blow only to find that the world is still not ready to leave her alone. More mystery, more intrigue, and oh, the drama! And time after time, Andy just gets back up, better, stronger and wiser!

This time out, J.C. McKenzie has outdone herself with high-velocity action, soul deep emotions and one of those finishes that you want to replay over and over! I’m not sure I could have accepted anything less than what J.C. McKenzie provided! Fabulous reading that has evolved with each addition to the series!

I received an ARC edition from J.C. McKenzie in exchange for my honest review.
Posted by Dii at 5:16 PM