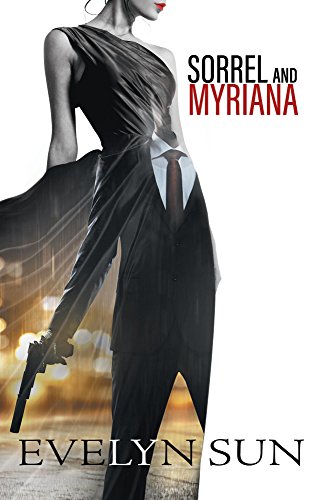 Sorrel and Myriana
by Evelyn Sun

It is 1932, and the City of Dalltop is teeming with corruption. In the dead of night, a woman cries for help, but none turn an ear to her pleas. She scuttles through the lost buildings under their leaky roofs for shelter, but they always come. They dress as dark as the night and hide in the shadows. She pierces her feet in mileage and tears her clothes in desperation, but they always find her.

Myriana was a rich young lady with no ambitions, no voice of her own that is until she became the wife of the handsome tycoon, Sorrel Borchardt. She soon learns that nothing is as it superficially appears. The streets that shine during the day actually stand upon the rotten foundations of a mafia organization known as Idon. What hand does Sorrel Borchardt have in Idon? Will Myriana learn to adapt to her new violent lifestyle or will she be consumed by it? Embark on a journey rout in spine-chilling bloodshed as you thread upon the fine line that divides infatuation from insanity.

You say you like horror? Unspeakable acts of cruelty and bloodshed? Have you ever wondered what holding a dying heart in your hands would feel like? NOT for the faint of heart or weak of stomach, the love story between Evelyn Sun’s Sorrel and Myriana is like no other love story you have ever read, and but they say there is someone for everyone…

Dark, horrific and so very twisted, Myriana and Sorrel’s tale is one of escape, dehumanization, control and a twisted love/hate relationship where one woman becomes the property of a powerful and deadly man who has promised to never let her go. Will Sorrel’s mental games finally push Myriana into submission or will the student surpass the master?

Prepare to be transported through the gates of hell and to come out in a dark and almost lawless mob-ruled time where a mere slight could cost someone their life and the quest for power is absolute and terrifying. Graphic gore, harsh mental depravity, terror and despair color the dark world created by Evelyn Sun.

Follow the timeline laid out and feel this world close in around you just a little more with every page turned in an era that was filled with strife, mobs and Sorrel and Myriana.
Ms. Sun’s ability to make one’s skin crawl, one’s brain freeze at the chilling world she has created. This is a fabulous example of an author putting their all into their work without holding anything back!

I received this copy from Evelyn Sun in exchange for my honest review.