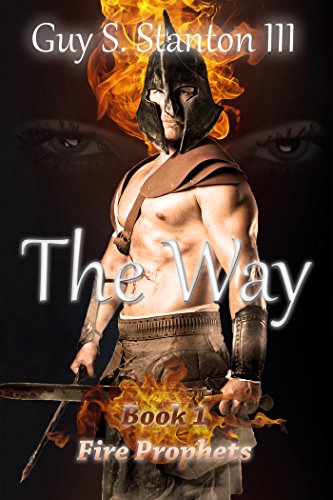 ‘I have a story’, that’s what my name means. Tarik, my father named me, but he’s dead now and so is my mother. They all are and I …… I’m alone. The sound of the war giants hammering on the citadel gates stills rings in my ears. The fire warriors killed them, but the giants were just the beginning. I ran as my mother told me and now I’m apart from all I ever knew in a place forbidden to me and to make it all worse is the knowledge that nothing will ever be the same. Truly I am lost and I have no story unless Eloah, my Elohim, chooses to write one.

A boy alone in an ancient forest always forbidden for him to enter or even go near. Now there is no choice as all that lies behind him are the broken dreams and shattered bodies of his people set ablaze in the night all because they refused to bow to tyranny. His nation gone it’s up to him to survive or perish in the night as the case may be easily enough. Nothing is for sure in a forest where even the trees go to war.

The Way – is a story of High Christian Fantasy that reveals truth. Evil is evil and all that is good is under a never ending assault to be polluted by that which is diametrically opposed to the ways of Eloah, the Most High, the Creator of everything. Expect to be led on a journey that reveals the reality of what it’s like to be a warrior cast into the epic struggle of Good vs Evil.

In the realm of fantasy tales, Guy S. Stanton III has created a fascinating tale of the battle between good and evil, and given it his own special twist. A talented author who writes Christian fiction, this time out he has created a Christian fantasy that includes the battle for spiritual knowledge without being anything but a fabulous read.

The Way is the story of a young boy now alone in a dark and forbidden forest, forced to examine his own spirituality and to lead others in the eternal battle of light and dark. Danger and temptation will lurk, but the forces and protection of all that is good is there to guide the way. As with all high fantasy tales, there is conflict, a quest and a hero who will lead the way, this time out, he will be led by his faith and beliefs in a more powerful being.

A completely entertaining read that stands up to non-Christian fantasy with all of the tension, the turmoil and characters that scream great reading.