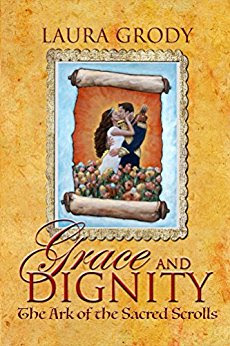 Grace and Dignity:
The Ark of the Sacred Scrolls
by Laura Grody 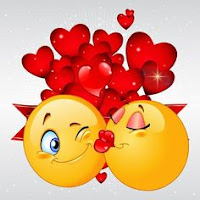 Princess Grace and Prince Dignity, a royal couple with mystical powers, are set to be crowned king and queen of the magnificent Kingdom of Love. But on the eve of their coronation, disaster strikes, and Grace is told her prince has been murdered. Grief-stricken, the princess reportedly dies of a broken heart, and the shocked kingdom falls into the eager hands of Dignity’s unscrupulous cousin, Prince Denial. Months later, however, Grace is found alive with a gap in her memory, a loss of her powers, and a mysterious Pig Latin note suggesting Prince Dignity is very much alive. As she searches for her prince throughout the rundown kingdom, Grace stumbles upon an ancient secret known as the Cosmic Source—a powerful force which promises to revive her mystical powers and lead to an exciting new way of living. But with the crown title “throne” for a loop, the future of the Kingdom of Love hangs upon the prince’s Dignity. Find out if True Love conquers all in this mystical, linguistical tale!

A fun, fantasy fairytale of love and treachery that will tease your senses, play with words, make you chuckle, break your heart and put it back together again! GRACE AND DIGNITY: THE ARK OF THE SACRED SCROLLS by Laura Grody is better than those fairy tales we read as children, because it is as grown up as we like to think we are, yet feeds our inner need for that dreamy happily ever after!

Princess Grace and Prince Dignity were in love. They were to be married and become the King and Queen of the Kingdom of Love, but it wasn’t meant to be when a horrible tragedy occurs on the night before their big day. It is said that Princess Grace dies from heartbreak at the news and the grieving kingdom falls into the clutches of the dastardly and devious Prince Denial, Dignity’s dark cousin. Woe is the kingdom’s new fate and gone is the joy and love shared by all as Prince Denial attempts to create a kingdom to his evil liking. And then, a miracle occurs…

Princess Grace is alive, but has lost her most precious memories, including those of her beloved Dignity. Being fluent in Pig Latin, when a mysterious message arrives, the Princess discovers that Dignity may be alive, and what else could she do but search for him in hopes of regaining what she has lost? This is her journey, a tale of loss, evil curses and mysterious strangers who must keep heartbreaking secrets in order to save both true love and a kingdom in turmoil!

Get ready for plays on words, brilliant quirks and an adventure into a world far, far away where once again, the power of true love and goodness of heart must conquer all to vanquish evil and re-create a glorious future for the Kingdom of Love. Laura Grody is nothing short of brilliant in the creation of this fabulous fantasy! Fun reading, filled with wit, endearing characters and a life changing quest! I have another highly recommended gem for the top of the pile that proves that just maybe, love is all we need!

I received this copy from Laura Grody in exchange for my honest review.