She was pushing his buttons - He was stealing her heart & Someone wants them gone
=================
Releasing November 14
Jillian David is Celebrating with a 5 eCopy Giveaway!! 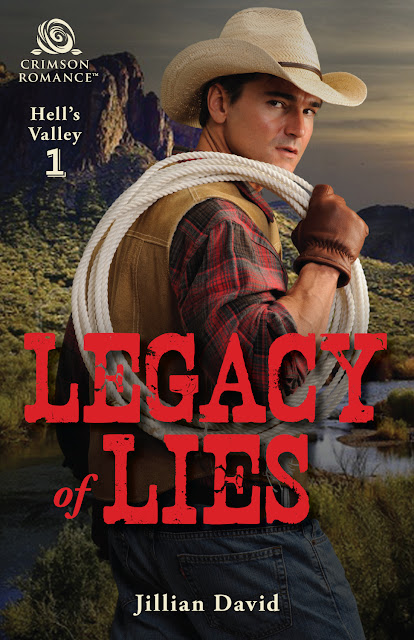 Fans of the Hell to Pay series will love this new spin-off saga, Hell’s Legacy!

Garrison Taggart doesn’t have time to deal with touchy-feely junk like “trust issues” or “feelings.” His dad’s health is waning and the family’s Wyoming ranch is being sabotaged. Too bad his supernatural ability to tell when someone is lying has been exactly zero help in ferreting out the betrayer so far. So, when sweet schoolteacher Sara Lopez raises concerns about his son being bullied, who can blame a guy for getting a little testy?

The last thing Sara needs is any more attention or gossip after her recent breakup with big-shot rancher Hank Brand. So her attraction to surly but sexy Garrison, Hank’s rival, is entirely unwanted. When she uncovers an insane plot to kidnap the Taggart boy and throws herself in harm’s way to protect him, Garrison must risk his deepest secret and his own life to save the people he cares for the most. But will his heroics cost him everything?

Fans of edgy, paranormal works in the tradition of J.R. Ward and Dianne Duvall will enjoy Jillian David's dark, sexy romances. Humans and supernatural beings alike grapple with their curses and powers as they fight against relentless evil demons.

Um, how about “lots of people”? >Waves hand wildly and jumps up and down<

Introducing Hell’s Valley, my new paranormal western series. The best way to describe the series is: Alphas meets Bonanza, or X-Men meets Big Valley. Pretty much this book puts together two of my favorite components of romance (paranormal and western), all right there tangled up together.

If you like good-looking, rugged and tough ranchers with supernatural powers, then you’ll dig Hell’s Valley. But only if you think things like hot, psychic cowboys are okay. Sexy, muscled wranglers might not be everyone’s jam, I get it.

But I sure had a heck of a time writing these characters and this series.

The best part about making a western that’s also a paranormal? No strict rules. Reality can bend in awesome ways. Possibilities are endless. Giddiyup!

For this series, I’ve created the Taggart family, a hardworking ranching family who live outside the town of Copper River in western Wyoming. Their ranch sits in a broad, isolated valley at the base of the rugged, Gros Ventre mountains. It’s winter, and staying warm on those frigid, windy evenings requires the help of someone warm and sexy. Of course.

Meet the Taggarts:
Austin Taggart – Family patriarch and widower, he bought this ranch in the 1970’s, never realizing how badly he’d pissed off his neighbors, the Brands.
Vaughn Taggart – MMA fighter and oldest son, absent for well over a year. His departure was even more suspicious, given the timing of his sister-in-law’s disappearance. No one has heard from him since.
Garrison Taggart – Human lie detector and second oldest son, he’s now divorced. He’s turned bitter after his ex-wife drained the bank accounts and suddenly left Garrison and their son Zach behind to pick up the pieces.
Shelby Taggart – Twin sister of Kerr, her stubbornness and tough love for her family hides a dark secret that draws her too close to people…but also renders her incapable of intimacy.
Kerr Taggart – Twin brother of Shelby, this wounded Army veteran barely survived a nightmare in the Middle East, only to survive and limp right into a nightmare back on the ranch.

Meet the Brand family:
Patricia Brand – Family matriarch, widowed, ornery and chronically ill. She sticks around mostly to torment her daughter, Izzy.
Butch Brand – Oldest brother and Copper River Elementary School’s principal. He’s mostly clueless as to the strange occurrences at his family’s ranch.
Hank Brand – Handsome, vindictive, hair-triggered, and acting much more bizarre than usual. Why the hell does he mutter to himself about the Evil One?
Tommy Brand – Family man and clueless accomplice. Often the voice of reason in the Brand family’s hair-brained schemes.
Wyatt Brand – Big, angry and follows orders to the deadly letter. Especially when possessed.
Izzy Brand – Baby sister, hardworking glue that is barely holding the family together. She is the main caregiver for her mother.

Saddle up and step into the world of Copper River and Hell’s Valley. 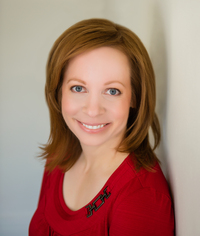 Jillian David lives near the end of the Earth with her nut of a husband and two bossy cats. To escape the sometimes-stressful world of the rural physician, she writes while on call and in her free time. She enjoys taking realistic settings and adding a twist of “what if.” Running or hiking on local trails often promotes plot development.

For those of us who DO like a Sexy Rancher  with a paranormal gift
Jillian David is offering FIVE (5) eCopies of
LEGACY OF LIES
Ends November 21, 2016 @ 11:59PM
International where allowed
a Rafflecopter giveaway

Tome Tender has been honored to have Jillian David on our site several times before with some Hot as Blazes reading and Fabulous Giveaways and we want to say thank you for sharing your work with us!
If you haven't checked out her books before, just click that link above!
Trust me, you'll thank us!
Posted by Dii at 12:01 AM