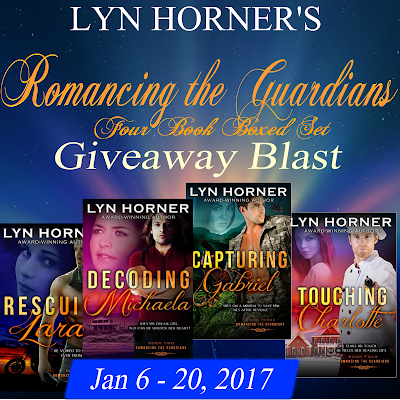 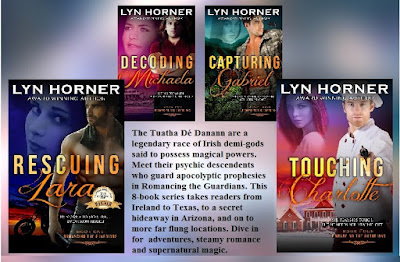 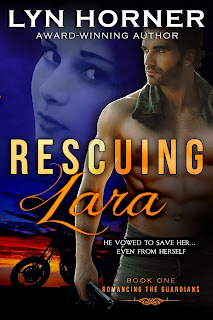 Lara Spenser is running for her life. She guards a treasured relic from ages past that no one outside a select group is supposed to know about. Yet, an evil one has learned of its existence and his minions are hot on Lara’s trail. Although she has escaped to Ireland and is living under an alias, her special sixth sense tells her the “Hellhounds” are growing near. Injured in a car wreck that killed her beloved uncle, she is desperate for someone to act as her bodyguard.

Enter Connor O’Shea, ex-Special Forces soldier. Now the foreman for a crew of oil and gas well firefighters, Conn is on an extended vacation after a devastating explosion on his last job. Out of curiosity, he answers Lara’s ad for a “strong chauffeur” and takes on the job of guarding her temporarily.

Conn has his hands full, not only keeping Lara safe but also trying to help her recover from deep physical and emotional wounds. As days and weeks pass the two grow closer and romance blooms, but their tenuous peace is shattered one terrifying night by Lara’s pursuers. Conn may prove his ability to protect her, but can he help her fulfill her destiny as High Guardian of apocalyptic secrets? Can he rescue her from the soul-deep pain that holds her prisoner? 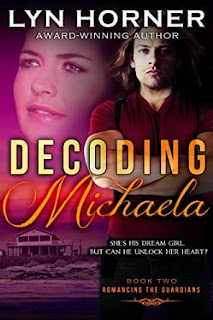 Michaela Peterson can read minds but can she tell good from evil? A Guardian of Danu sworn to protect one of seven sacred scrolls, her identity is known only to the High Guardian. Or so she thinks until a stranger brings word that her revered leader has been murdered by vicious “Hellhounds” who want the scrolls. She’s attracted to the handsome messenger, but is he who he claims to be? Or does he mean to gain her trust and steal the scroll she guards?

Dev Medina often dreams of a woman he calls his golden goddess. He believes she is real and meant for him. Expecting to deliver a warning to Dr. “Michael” Peterson from the new High Guardian, he is stunned to find the doctor is his dream girl. Fearing the Hellhounds may be coming after her, he wants to whisk her to safety, but she stubbornly resists leaving her Galveston, Texas, home. Can he convince her to trust him before tragedy strikes? 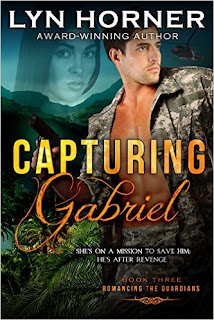 What’s a handsome Colombian psychic with super-hero-power to do with a spirited Navajo beauty who invades his territory? Why, kidnap her of course.

Chopper pilot Josie Tseda served in Afghanistan, extracting soldiers from deadly situations. She knows how to take care of herself. But when she vows to find Gabriel Valdez, a Guardian of Danu, and deliver him to a gathering of the Council of Guardians, she may have bitten off more than she can chew.

Locating Gabriel in the mountains of Colombia is hard enough. Josie didn’t count on ending up his prisoner – or on falling for him.

Gabriel is battling Colombian drug traffickers and seeking revenge against the man who murdered his mother. He’s not looking for romance and doesn’t trust the feisty American female who wants to fly him off to the U.S. The message she conveys directing him to return with her, supposedly coming from the High Guardian, may be a lie to ensnare him and steal the precious scroll he guards. 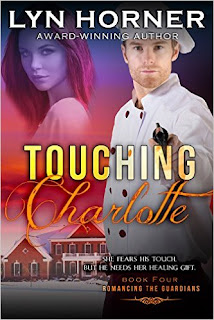 How can a man hope to get close to a woman who can’t stand to be touched? That’s the dilemma facing Tristan Jameson when he meets Charlotte Dixon.

Tristan is a former NYPD cop turned celebrity pastry chef and author. Bereft by the death of his fiancée two years earlier, he has no desire for a new romance, until a gorgeous redhead catches his eye at a stuffy Park Avenue Christmas party. Not only is she beautiful, the lady also snares his culinary interest with delicious homemade cookies. But when he innocently touches her, she turns pale and runs from him.

Charlotte is a Guardian of Danu charged with protecting one of seven valuable scrolls handed down through time by her ancestors. She works as a nurse-companion for a disabled girl, living in a lonely mansion on Long Island’s Gold Coast – Great Gatsby country.

Like all of the Guardians, Char possesses a unique psychic gift, in her case the empathic ability to absorb other people’s emotions, especially through touch. When Tristan brushes her arm, lingering pain over his lost love floods her senses. She tries to escape but he catches up and demands an explanation.

So begins a romance complicated by Char’s responsibility for her young charge and her sworn duty as a Guardian. Surprise guests and evil enemies threaten to destroy their one chance for happiness. Will Tristan overcome such obstacles to win his lady? Can she trust him with terrible secrets? Find the answers in Touching Charlotte.
~~~~~~~~~~~~~~~~~~~~~~~~~~~~~~~~
**Lyn's Latest Release - Book 5** 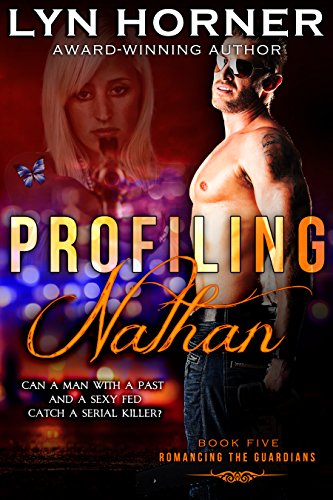 Nathan Maguire is a Guardian of Danu, and he possesses a deadly psychic gift. He also has a checkered past. As a young man, he spent time in prison, where he learned the rudiments of tattooing, a skill he has built into a successful business in Tampa, Florida. He’s content with his life – until a beautiful FBI profiler walks into his shop.

Talia Werner has come to deliver an urgent message from one of the other Guardians. The trouble is no one outside that select group is supposed to know they exist. Nate doesn’t believe Talia and suspects she is up to no-good. Meanwhile, she finds out a woman was brutally murdered not far from Nate’s shop. This is the third such killing in the past two months. A serial killer is loose in Tampa.

Working with the police, Talia discovers all three of the victims bore a blue butterfly tattoo, one of Nate’s designs. Suspicion falls on him but quickly points to other tattoo artists. Enlisting his aid in meeting and interviewing them, Talia develops a growing attraction to the man, who isn’t at all what he seems to be on the surface. Nate returns her feelings and their relationship heats up. 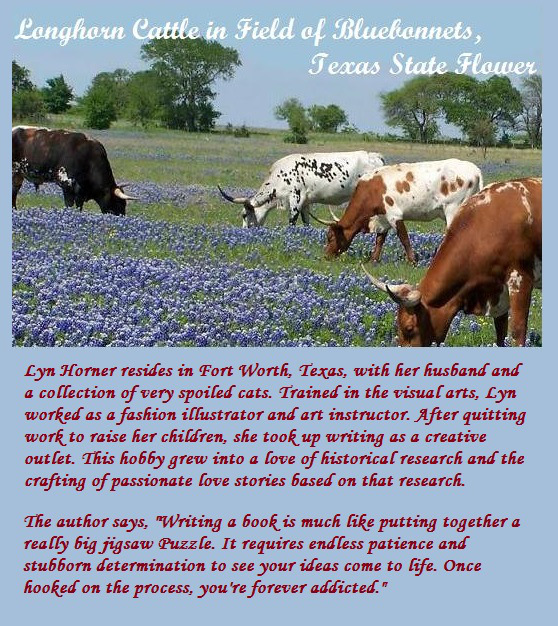 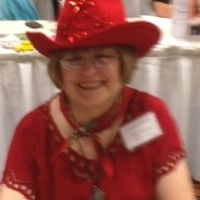 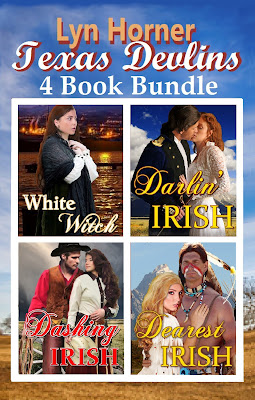 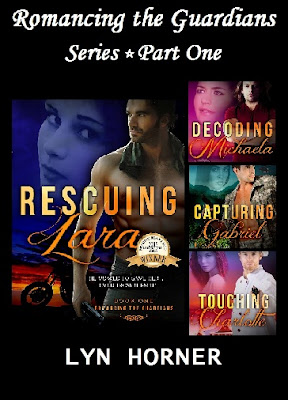 How would you like to WIN the FIRST FOUR BOOKS in the Romancing the Guardians Series so far?

Lyn Horner is offering just that to
One Lucky Winner
International where allowed
Ends January 20, 11:59 PM
a Rafflecopter giveaway
Posted by Dii at 12:01 AM