The Turn: The Hollows Begins with Death by Kim Harrison (Prequel 0.5) 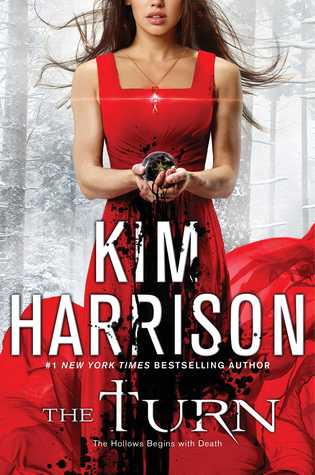 The Turn: The Hollows Begins with Death
My Rating:

#1 New York Times bestselling author Kim Harrison returns to her beloved Hollows series with The Turn, the official prequel to the series that will introduce fans and readers to a whole new side of Rachel Morgan's world as they've never seen it before!

Can science save us when all else fails?

Trisk and her hated rival, Kalamack, have the same goal: save their species from extinction.

Death comes in the guise of hope when a genetically modified tomato created to feed the world combines with the government's new tactical virus, giving it an unexpected host and a mode of transport. Plague takes the world, giving the paranormal species an uncomfortable choice to stay hidden and allow humanity to die, or to show themselves in a bid to save them.

Under accusations of scientific misconduct, Trisk and Kal flee across a plague torn United States to convince leaders of the major paranormal species to save their supposedly weaker kin, but not everyone thinks humanity should be saved.

Kal surreptitiously works against her as Trisk fights the prejudices of two societies to prove that not only does humanity have something to offer, but that long-accepted beliefs against women, dark magic, and humanity itself can turn to understanding; that when people are at their worst that the best show their true strength, and that love can hold the world together as a new balance is found.

The Turn: The Hollows Begins with Death by Kim Harrison

Sometimes, when a book is highly anticipated, the actual story doesn’t meet your expectation. This is absolutely NOT the case with The Turn. Hollow fans have guessed, speculated and surmised ourselves crazy but the wait is over. Harrison has gifted us with the undiluted truth about the tomato plague, as well as Kal’s, Quen’s and Trisk’s beginning…not to mention that amazing cover with soul smut. Not only did I want to re-read the entire series over all over again, I was left wanting more.

For any Hollows fan, The Turn is a must read. If you never picked up a Hollows story, this would be a great time to check it all out and you get to start from the very beginning.

I received this ARC copy of The Turn from Gallery, Threshold, Pocket Books in exchange for a honest and voluntary review.