A Body Resurrected by Groovy Lee 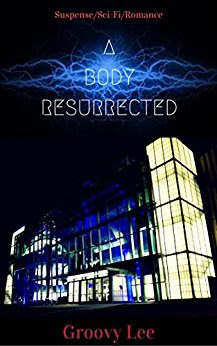 A Body Resurrected
by Groovy Lee

Sixteen year-old Mira is an Egyptian girl who lives a quiet life in her small village in Lower Egypt 3303 B.C.E. But two visitors from the planet Aut are about to change that. The first “flying metal” that whips across the sky carries a murderous plague by the name of Demen. The second one that follows, brings a bounty-hunter named Weir. Against her father’s wishes, Mira becomes Weir’s accomplice in his mission to apprehend Demen before another woman dies by his hands.

But there’s a problem: Demen is now a powerful Pharaoh in the city of Sharkura. Will apprehending him cost Weir and Mira their lives?

Tina Leggs oversees the artifacts and exhibits of the Graham-Arlee museum. She has no idea that the mummy exhibit that’s drawing huge crowds, is the same Demen that her ancestor, Mira, bravely faced centuries ago.

Demen is no longer a powerful Pharaoh. Now, he’s nothing more than a museum exhibit since he was discovered in the Valley of the Kings. But a rare occurrence will give him life once more. And his desire to kill the misery known as woman is as strong as ever.

Enter Q, a second bounty-hunter sent from Aut to capture him. Like Mira, Tina has been cast into the role of ally to this handsome visitor. Amid the destruction Demen is causing, and the risk to their lives to stop him, they realize their deep love for one another.

But, will she leave her family on Earth for the sake of that love?

A Body Resurrected by Groovy Lee

Egypt, 3303 B.C.E. Village life was quiet and simple for all, but for a sixteen-year-old girl, the world she knew has just become a thing of awe, wonder, and danger. High above in the sky, two shiny objects flew across the horizon. One would carry a dark and treacherous evil and once would carry the bounty hunter sent to bring him down.

Young Mira discovers Weir, a bounty hunter from a far planet and together they attempt to stop the murderous Demen. Will they succeed or will history repeat itself in the twenty-first century?

The ancient mummy exhibit is drawing in throngs of people to a local museum. Little did Tina know, the Demen mummy was the same vile alien her ancestor, Mira had once faced as a teen. When a freak accident gives the monster life again, Q, another Aut bounty hunter is sent to end him once and for all. Was it Fate that brought Tina together with Q, a “do-over” from ancient history? Is it possible for Tina to fall in love with an alien she will never see again, if he succeeds where Weir failed? Does Q also feel the same? What if their mission fails and Demen runs free to kill over and over?

Groovy Lee’s A BODY RESURRECTED is a scifi romance that clearly knows no limits as two beings from different worlds discover what true love is as they face an unearthly danger that must not survive.

Far from being too “scientific,” this tale is kind of sweet, not overly detailed and filled with a group of characters that are “down-to-Earth” with a little quirkiness, a lot of bravery and family pride. Definitely entertaining, a quick read with a good plot and a nice flow!

I received this copy from Groovy Lee in exchange for my honest review.