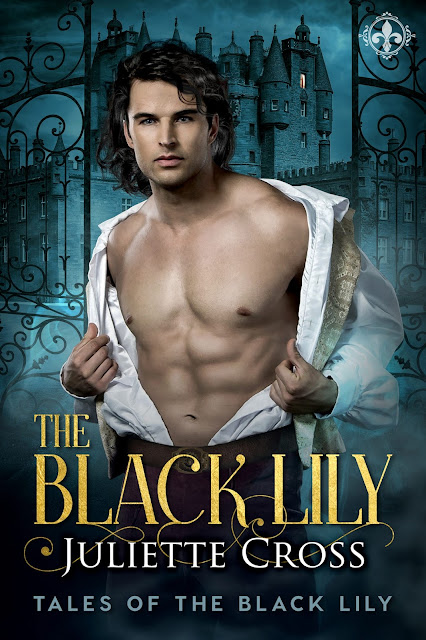 The Black Lily
by Juliette Cross

With the threat of the vampire monarchy becoming stronger every day, the Black Lily must take drastic measures. As the leader of the underground resistance, Arabelle concocts the perfect idea to gain the attention of the Glass Tower. Her plan? Attend the vampire prince’s blood ball and kill him. Fortunately for Prince Marius, her assassination goes awry, and Arabelle flees, leaving behind only her dagger.

Marius is desperate to find the woman whose kiss turned into attempted murder, hunting for the mysterious assassin he can’t push out of his mind. But what he uncovers could change the course of his life forever…

She is the driving force behind the human rebellion against the oppressive rule of the vampires. She is THE BLACK LILY. Her people depend on her to save them from the blood lust and butchery the vampire royalty had seemingly allowed. In a daring move, Arabelle was willing to sacrifice her own life at a celebration for the crown prince’s 100th birthday when she assassinated him. What Arabelle hadn’t planned on was that Marius’ kiss would be felt by her very soul, even as she buried her dagger deep within him. Now Marius will do anything to find her through the dagger she left behind. How could she fall for a monster, a murderer? How could he fall for a human who tried to kill him?

As Marius searches for the beauty filled with fire, he will uncover why she wished him dead and why the humans see his kind as murdering monsters. He will stop at nothing to stop the slaughter, no matter who is behind it, but can he convince Arabelle he can be trusted, that he is on the humans’ side and that he needs her for more than her blood?

What they each would discover will change their lives forever, because even as sworn enemies, they could not deny the call of their hearts.

Hang out the Do Not Disturb Sign, Juliette Cross has created another feisty heroine, another fabulous tale and turns Cinderella’s fairy tale into an edgy adult read that doesn’t need a pumpkin to create the magic of love and the power of the truth.

Juliette Cross is a strong writer who uses her gift to always deliver intrigue and passion while giving her readers an amazing plot, atmosphere and living, breathing characters to believe in. Looking for heaving bosoms and vapors? Look elsewhere. Looking for great storytelling? You’ve come to the right place and the right author!

I received an ARC edition from Entangled Publishing, LLC in exchange for my honest review.