The Prophecy by Petra Landon Blitz and #Giveaway 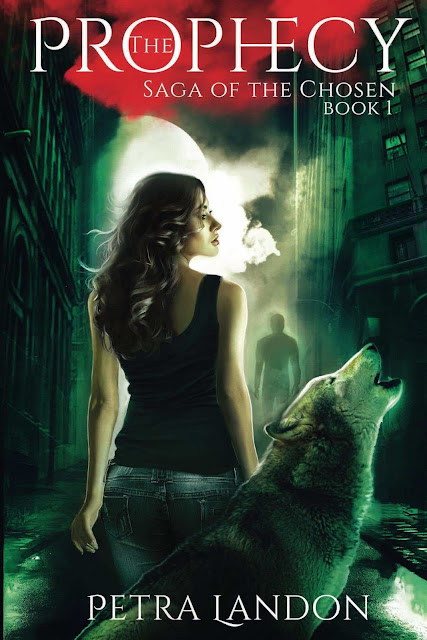 The Prophecy, is the first book of Saga of the Chosen, an urban fantasy series set in contemporary San Francisco. The story has elements of fantasy, mystery and adventure with a dose of romance sprinkled in.

Chosen have walked the earth for time immemorial, surviving by scrupulously hiding their magic to blend in. Tasia Armstrong is a very special Chosen. Forced to conceal her powers from her brethren, she makes a fateful decision one night to assist an injured Shape-shifter. Suddenly, Tasia finds herself forced out of the shadows, an unwitting pawn in the ongoing skirmish between mercenaries encroaching on Pack turf and the local Shape-shifter Pack led by a formidable and dangerous Alpha Protector. Thrown into the deep end, Tasia has little choice but to ally with the volatile and aggressive Shifters while grappling to deal with the enigmatic Alpha who holds his fractious Pack together with a ruthless hand on the reins.

Grave danger threatens their world as a powerful wizard exploits an old prophecy to divide the Chosen. When the Pack is asked to investigate the twenty-five year old mystery, Tasia is drawn deeper into the past. As danger closes in on her, Tasia must decide who to trust with the deadly secret she guards.

An avid reader all her life, only recently has Petra allowed her own imagination to run riot. She loves to travel and reads everything she can get her hands on. Her idea of a good book is one whose story and characters linger on, long after the book has been completed and set aside.

She strives to write stories with vivid characters and elements of fantasy, adventure, mystery and romance all juxtaposed together since those are the tales she has enjoyed the most over the years. To share the stories swirling in her imagination is a labor of love and a lifelong dream come true for Petra.

The Prophecy by Petra Landon

Action, mystery, suspense and intrigue all come into play with The Prophoecy with a little hint of romantic possibilities to come.

The Prophecy is a fast paced and at times action intense story. Its packed with strong characters and backed by a highly engaging plot. What I enjoyed most was the completely new take on the paranormal world.

Landon does a marvelous job at world building and creating a place you can let our imagination go.

I received this copy of The Prophecy from Petra Landon. This is my honest and voluntary review.