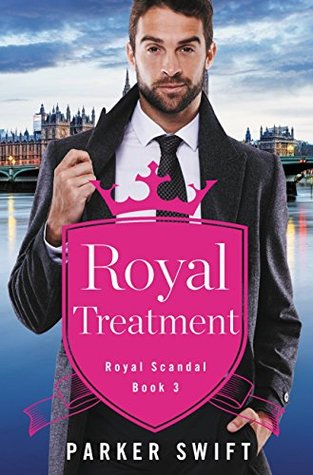 All this duke needs is his duchess...

For five blissful months I've been engaged to Dylan Hale, the most handsome, commanding, and wickedly sexy duke in England. For five months I've woken up next to the man I love, indulged in secret trysts, and submitted to every delicious desire. Even better? We've managed to keep it hidden from everyone. That means no paparazzi scandals, no snide comments from Dylan's mother, and no harsh public scrutiny. It's been heaven, but with Dylan's royal responsibilities looming, our time alone is running out. And while I can't wait to be Dylan's wife, I'm terrified that becoming Dylan's duchess might mean losing myself.

ROYAL TREATMENT was like a snow ball rolling down the hill. It started out small but by the end I was completely caught up in the avalanche of emotions, laughing, crying and doing the happy dance right along side the characters. In the beginning, I was pretty leery. I though that both Dylan and Lydia where going down a really bad path to relationship disaster but in the end I loved it.

BLAZING HOT chemistry! Sexy, sweet and fun! Get yourself a cool glass of tea and get ready to just enjoy!

I received this copy of Royal Treatment from Forever (Grand Central Publishing). This is my honest and voluntary review.