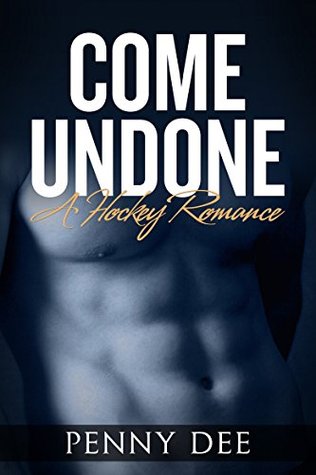 
JAKE
“You want to know why I train? It’s because it’s the only time I’m not thinking about Tyler and the fact that I killed him.”
Jake Pennington is a hockey super star. Hot. Rich. Gorgeous. And super talented. But when a series of personal tragedies rock his world, Jake’s life is ripped apart and he is brought to his knees. Broken and completely devastated, he retreats to his family cabin in Canada desperate to forget the world and something he once knew as happiness.
MACKENZIE
“My therapist would say it was me trying to reclaim my life back. To recapture the girl I had once been—frightened of nothing and living life on a whim.”
Mackenzie Eden is battling her own demons. Following a horrific incident in college, Mackenzie throws herself into her job as a means to outrun her pain and her litany of phobias. When her path crosses with Jake Pennington she sees a way to bring them both out of the darkness and back into the light.
Only, Jake’s not buying it. He doesn’t want a sports agent and he doesn’t want a hockey career. Not that Mackenzie is willing to listen. She has a point to prove, not to mention, a bet to win.
Come Undone is a story of two people finding each other in the darkness. A sports romance, it will make you laugh, cry and fall head over heels in love.

Goodreads / Amazon / Barnes & Noble / iBooks / Kobo
—
EXCERPT:
Mackenzie
When I came out of the bathroom, Jake had changed into a clean pair of sweats that hung low on his slim hips. He was shirtless and when he turned around, his spectacular torso came into view. I stopped in my tracks. Holy hell!
He grinned when he saw me in his flannel shirt.
I shifted self-consciously from one foot to the other. “I guess I was thinking it would be something a little more . . . hockeyish.” I said, holding down the short hem.
He rolled his eyes. “Because that’s what we hockey players do—save our hockey jerseys for sleepovers.”
I exhaled deeply, wondering about the sleeping arrangements. There was only one bed.
As if he could read my mind, Jake said, “Relax, Z. I’ll take the couch.”
It was a good, decent offer in theory. But in practice, it was a frustrating fail. Jake was way too big for the squeaky two-seater sofa, and every time he tried to get comfortable the springs moaned and groaned beneath his weight.
Lying rigid in his comfortable bed, I finally had enough and sat up. “Oh, for Christ’s sake, you can hop into bed with me.”
But Jake decided to play the martyr. “I’m fine. I will fall asleep soon.”
“When? Dawn?” I sighed. “Will you please just come and share this bed with me, Jake?”
The two-seater sofa wheezed as he sat up. “Fine. But just so you know, I’m not having sex with you.”
I watched him cross the room. “You’re hysterical.”
“I mean it. I’m not that type of guy,” he said, standing next to the bed in all his six-pack glory.
“Trust me, I’m not that type of girl.” I sank back into the pillow. “You’re completely safe with me.”
The mattress sank beside me as Jake climbed in and moved about until he was comfortable.
Awkwardness hung between us as we both lay there and stared up at the ceiling.
“Want to cuddle?” Jake finally asked, totally breaking the awkwardness between us.
I broke into laughter but threw a spare pillow at him as a warning. “Stay on your side. I warn you, I bite.”
He shoved the pillow I’d thrown at him behind his head. “Now you’re just coming on to me.”
I chuckled. “Pervert.”
He looked over and grinned, and goddamn if I didn’t want to kiss him.
I quickly turned away to study the ceiling.
Yep. I was in trouble. 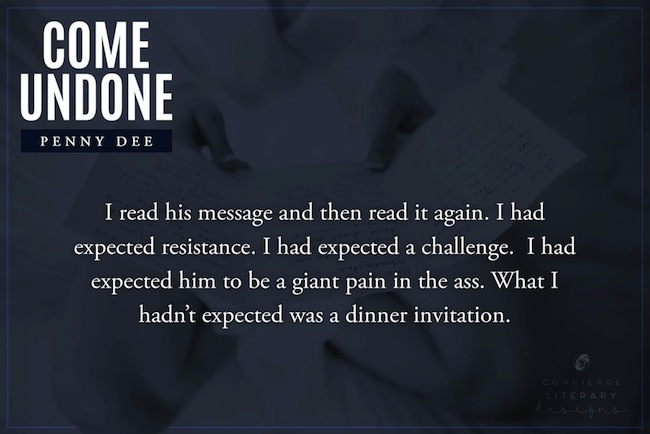 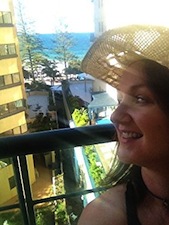 Author Bio:
I have always written stories for as long as I can remember. I wrote my first book when I was five years old. It was called 'The Goodies' and it was a short story about driving to the shops to get some milk. Needless to say, it was a very short book and hardly the page turner. It was also illustrated in orange felt tip pen because it was the only felt tip pen left in the pencil case that wasn’t dried up and useless.
My first attempt at writing romance was in high school when my athletic ambitions were replaced with Sunday sessions in my bestfriends bedroom, smoking cigarettes and writing smut about the hot guy at school. They were dreadfully crude stories. Lots of awkward fumblings in the dark or a series of awful first kisses. They were also very straight forward. Very straight to the point. Because I didn’t have a clue about what I was talking about. And I used terrible words such as “shaft”, “her moist warmth” and “velvet cavern”…yeah, they were awesome!
In following years I wisely gave up the cigarettes, became Mum to the “best kid in the world” and married a vastly understanding and supportive soul who tolerated the complete absence of my inner domestic goddess. Through a lot of trial and error, I think I may have started to write stories other people would want to read … without an orange felt tip pen in sight…
Oh … and you can find me in Australia.