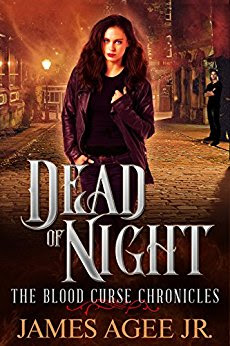 All families have secrets.

Some families have secrets worth dying for.

The Vasile family owns a funeral home in Frederickton, Virginia. For the most part, life in this small town is ideal. However, there is one secret they try to hide - a secret that could destroy their lives as they know it.

When a strange girl comes to town for her grandmother’s funeral, new information is uncovered. There is a chance the Vasiles and all other vampires will know a day when they can become human and break the blood curse that has plagued vampires for centuries.

Talia lived the life of a nomad as her parents gave up the American Dream of home ownership and took up the life of gypsies. When news of her grandfather’s death arrived, they were off to Frederickton, Virginia, hidden danger, and for Talia, a new life, new love and a new discovery.

People were dying to get into the Vasile family’s funeral home. Known for their ability to send the dearly departed off in style, the Vasiles are hiding a secret in plain sight. They are vampires, cursed to shun the sunlight, and to walk the earth for eternity, hiding in the darkness, but for Christoph, it wasn’t enough. He wanted more from his undead life. Falling for the very alive and very human Talia may not have been his best move, but the heart works in strange ways, beating or not. It will be that very attraction that will set in motion a chain of events that could lead to the answers all Vampires need to break the curse they live under, if Christoph can keep Talia safe.

DEAD OF NIGHT James Agee, Jr. is quick read, not too deep or heavy, but filled with characters that one can learn to love, from a feisty grandmother to a pesky sister. There are also the villains, deadly and deceitful. A quick read with touches of humor, a few quirky twists and a family of vampires that almost feel like the undead version of Ozzie and Harriet. James Agee, Jr. kept me completely entertained from start to finish and I’ll even be able to sleep with the lights off tonight! Then again, I don’t live in New Orleans….

I received an ARC edition from James Agee Jr. in exchange for my honest review.