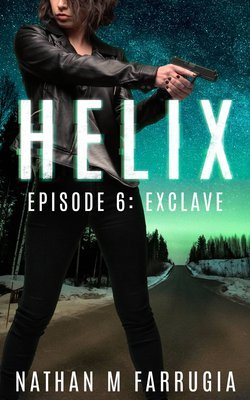 A common enemy will unite Olesya and Sophia.
And a traitor will tear them apart.

In the wake of a devastating Fifth Column attack, Sophia’s team are picking up the pieces. They find refuge from an unexpected ally—Olesya. But their fragile alliance is threatened when they discover a conspirator in their midst.

As Olesya struggles to deal with the threat from within, Jay is offered the chance to get his abilities back. But to do so, he will betray those closest to him.

Olesya and Sophia must put aside their differences and pursue Jay deep into Purity territory. Their goal: get him out before it’s too late.

In a world of deceit and the war to possess the key to the perfect fighting machine, and the ultimate power, where a small faction fights to stop evil from dominating, the death toll rises as the trust quotient diminishes rapidly. Tentative alliances must be made, but can they withstand the threat of betrayal and conspiracy?

When one of their own goes on a personal mission to capture a mysterious infiltrator, his deactivated powers leave him with only his wits to protect him. For Jay, the call of alcohol and an opportunity to regain what he has lost could cost him his life, alone in Purity territory and an offer he must not accept, but will he find his personal desires powerful enough to make him a traitor to his friends?

Human frailties, emotions and doubts play a huge part of HELIX: EPISODE 6 (EXCLAVE) by Nathan M. Farrugia. Once again, the tension is razor taut, the action non-stop and the feeling of being there reigns supreme as Russian hunters and former Fifth Column operatives, once again fight what appears to be a never-ending battle of good versus the evil juggernaut that is relentless in their quest to squash all who oppose them.

Complex, magnetic and intriguing, Nathan M. Farrugia once again plays fast and furious with our senses and has us panting for more! A purely addictive series!

I received this copy from Nathan M. Farrugia in exchange for my honest review.
Posted by Dii at 9:44 PM