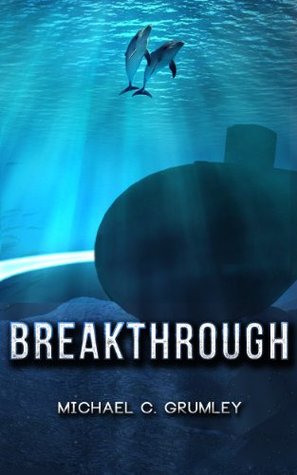 ONE OF THE GREATEST ACHIEVEMENTS IN HUMAN HISTORY.
A SECRET THAT WAS NEVER SUPPOSED TO BE FOUND.
AND A CRISIS THAT CANNOT BE STOPPED.

Deep in the Caribbean Sea, a nuclear submarine is forced to suddenly abort its mission under mysterious circumstances. Strange facts begin to emerge that lead naval investigator, John Clay, to a small group of marine biologists who are quietly on the verge of making history.

With the help of a powerful computer system, Alison Shaw and her team are preparing to translate the first two-way conversation with the planet's second smartest species. But the team discovers much more from their dolphins than they ever expected when a secret object is revealed on the ocean floor. One that was never supposed to be found.

Alison was sure she would never trust the military again. However, when an unknown group immediately becomes interested in her work, Alison realizes John Clay may be the only person she can trust. Together they must piece together a dangerous puzzle, and the most frightening piece, is the trembling in Antarctica.

To make matters worse, someone from the inside is trying to stop them. Now time is running out...and our understanding of the world is about to change forever.

What can happen when science, nature, survival and abject terror collide with a taut and high-powered science fiction tale? Will it be the end of the world? Michael C. Grumley’s BREAKTHROUGH combines, fascinating fictional science, an alien visitation, an out-of-control governmental bureaucrat and a seemingly unavoidable end of the world scenario to give us a start to finish science fiction tale that is a mind-boggling and magnetic read for those of us who enjoy the “what-if” scenarios.

One scientific team has broken the language barrier between man and dolphin while mysterious events deep in the Caribbean Sea are wreaking havoc for both man and the very planet, itself. Enter “big government,” deadly intervention, a Neanderthal “shoot first and ask questions later,” mentality and it will be quite possible that humanity’s future “to-do” lists will never get done, unless one scientist and one government agent who goes rogue can save the day. Brilliant chaos, dialogue and two amazing dolphins make this tale a fast-paced science fiction must-read for those of us who like to let our imaginations run wild.

Michael C. Grumley has pulled together a tale that will have readers entertained while balancing on the edge of their seats!