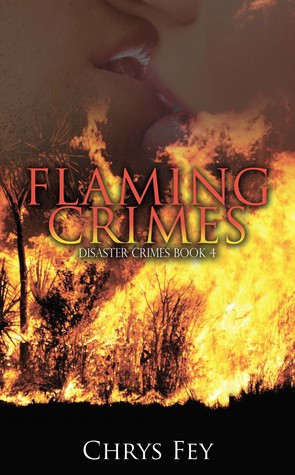 Beth and Donovan are now happily married, and what Beth wants more than anything is a baby. Her dream of starting a family is put on hold as fires burn dangerously close and Donovan becomes a victim of sabotage.

Donovan escapes what could've been a deadly wreck. Their past enemies have been eliminated, so who is cutting brake lines and leaving bloody messages? He vows to find out, for the sake of the woman he loves and the life they're trying to build.

Amidst a criminal mind game, a fire ignites next to their home. They battle the flames and fight to keep their house safe from the blaze pressing in on all sides, but neither of them expects to confront a psychotic adversary in the middle of the inferno.

Their lives may just go up in flames…

They’re married, they have their dream home, and they have survived everything that both Nature and madmen have thrown at them. Their careers are going well, Beth as a self-defense instructor, Donovan as a dare devil race driver. Time for Beth and Donovan to think about a family, or it should be until once again, disaster strikes and when it does, it comes in deadly droves.

Fires anywhere are terrifying and deadly, but in Florida, there is the perfect combination for fires that refuse to be put out. When a fire starts in the drought-ridden area of Central Florida, Beth and Donovan discover it is in their neighborhood, and their home could be next. What they didn’t know was that the fire was intentional and it was directed at them. As if raised from the flames of Hell itself, a monster from Beth’s past is back and he will stop at nothing to seek his vengeance and he won’t stop at until he gets it.

When intentionally created accidents begin happening, they are forced to go into hiding but they soon will discover that even police protection may not be enough.
They have survived before, but this time they may not be so lucky…because nowhere is safe when evil comes calling.

Chrys Fey’s FLAMING CRIMES is the latest in the Disaster Crimes series and this time out the danger is more than sizzling as two people are forced once again to fight for their lives and the future they have dreamed of. Both Donovan and Beth are strong characters, one being more seemingly laid back, the other still suffering from past events, never to feel fully safe. They play off each other’s strengths, with Beth being the more hot-headed of the two, then again, she has good reason.

I do enjoy this series, not quite a crime soap opera, but clearly these two are magnets for danger and adventure without even trying! Chrys Fey has done a great job keeping the action and tension running as hot as a raging inferno while making the romance feel sweetly real.

I received a complimentary ARC edition from Chrys Fey!