Breaking the Rules by Ember Leigh 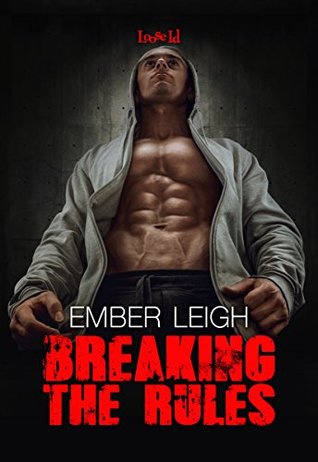 Breaking the Rules
by Ember Leigh

Amara's move home is anything but fun. With her mom recovering from a cancer diagnosis, her only goal is to find a job in her field and support her family. But once she lays eyes on Travis Holt, she realizes her time in LA might be a lot more tolerable if she could use him to take her mind off things.

For Travis, there's only ever been one rule: stay away from his best friend's sister. And it wasn't a problem until Amara moved back west all grown-up and sexier than sin. When she comes strutting around his gym every day, it's impossible to keep his eyes--and hands--off her.

The one-off fling Amara imagined isn't possible with a God like Holt. And once Eddie finds out, they're suddenly cast into the turbulent waters of Something More, the unfamiliar terrain where Amara has to confront whether she can truly support someone whose career is the antithesis of everything she's worked for in the non-profit world.

Breaking the Rules by Ember Leigh

Amara came home for family, leaving behind a fulfilling and meaningful career. When she saw her brother’s best friend again, the old feelings she had as a teen resurfaced with a vengeance and she was determined to make sure he noticed her, one way or another.

Travis has always noticed Amara, but the last thing he wants to do is destroy his friendship with her brother, because one NEVER messes with their best friend’s sister, never. Travis has faced his own trials in life and is now on track to fulfill his dreams. As the owner of a successful fitness club, and an MMA boxer, he is ready to achieve his dream, to win the title, but the more he sees of Amara, the less he can concentrate on his upcoming bout as his head and heart become entangled in turmoil.

In a tale sizzling tale of attraction, conflicts of interest, dreams and goals, can two people find the happiness they both deserve without major consequences or emotional blackmail?

Ember Leigh’s BREAKING THE RULES is a spicy ride down the rabbit hole of love, lust and attraction with characters that are definitely colorful, opinionated and strong. As in any “forbidden love” tale, there is the good, the bad and the ugly. Amara is a woman making her move, confidant to a point and determined. I’m pretty sure Travis stood no chance when Amara set her sights on him! I did, however find her to be sometimes a little too "something," text pics are fine, teasing, great, but hiding her “grown up” attraction to Travis from her big brother? Seriously? Nope, not a fan of that, not a fan of her brother’s double standards, either. Eddie, Eddie, Eddie…shame on you.

I did understand and appreciate Amara’s conflict over her career and Travis’, even though it came late in the game, after she had him hook, line and sinker. Has she gone too far?

A fast and entertaining read with all of the spice and daring of modern love, okay, most of the daring! One thing for sure, Ember Leigh knows how to create sizzling tension and conflict of the heart!

I received a complimentary copy from Ember Leigh!