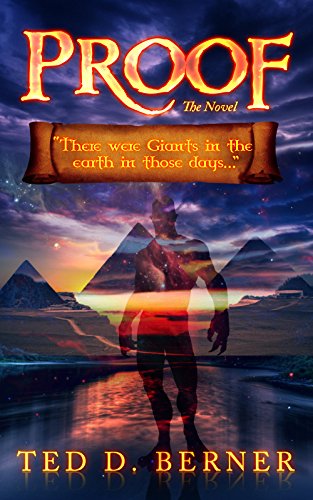 A controversial verse in the Bible sparks college graduate student Ty Larson’s curiosity causing him to stumble onto the faint trace of an ancient advanced civilization that’s been all but lost to the sands of time. It soon becomes apparent that he’s not the only one with an interest in this long-lost civilization, but the others who share this interest and what their intentions are remain a mystery. Wading through legends and folklore, clues begin materializing that lead Ty down a bizarre path, uncovering the secrets of the massive stone structures scattered across the globe from the distant past. From the timeworn ruins in the high mountains of Bolivia and Peru to the colossal megaliths in Baalbek, Lebanon to the Great Pyramid itself, Ty unknowingly inches ever closer to unearthing the disturbing truth of the origins of mankind.

Although this novel is fiction, it’s based on fact, Biblical scripture, texts found in the Dead Sea scrolls omitted from the Bible, and many other stories from around the world that millions believe to be true.

Genesis 6:4
There were giants in the earth in those days; and also after that, when the sons of God came in unto the daughters of men, and they bare children to them, the same became mighty men which were of old, men of renown.

What if any trace of an ancient and advanced civilization were lost to obscurity and the only crumb left to follow in search of their story was a brief Bible verse that raised as many questions as it gave information? What if more about their existence was omitted from the Bible? Wouldn’t you wonder why? Wouldn’t you wonder who made this decision to manipulate a tome that speaks to the very soul of millions throughout the ages? Follow a college student whose curiosity becomes a raging need to know what happened to these people who were part of the bedrock of our history, who were able to do seemingly impossible feats without the aid of contemporary knowledge or tools.

PROOF by Ted D. Berner is the story of Ty Larson’s quest for answers as we follow him from libraries to biblical scholars, to ancient ruins and lands known to hold miraculous feats of architecture. How were the pyramids built? What about the ruins in Peru? Are the modern day theories, just a guess?

Ty will follow the clues he gains, sometimes through luck or good fortune, sometimes almost as if someone wanted him to get closer to the true answers that have evaded history. Then again, others would stop at nothing to thwart him.

If you are fascinated by the search for unknown answers, the adventure of a seemingly monumental quest, the possibility that one otherwise unremarkable young man could actually get closer to the answers that lie in the shadows of time, you will find PROOF to be one heck of a ride.

Ted. D. Berner does not try to wow us with overly done and overly weighted prose, he tells us a story of possibilities, of the wonders of discovery through Ty’s journey. Blending known facts with speculation and fictitious license, Mr. Berner has created a fascinating, speculative tale in simple terms. Certainly worth the read, because those of us who have ever thought about the “what ifs” in life are always looking for that story that might just have the answers!

I received a complimentary copy from Ted Berner! My review is voluntary.