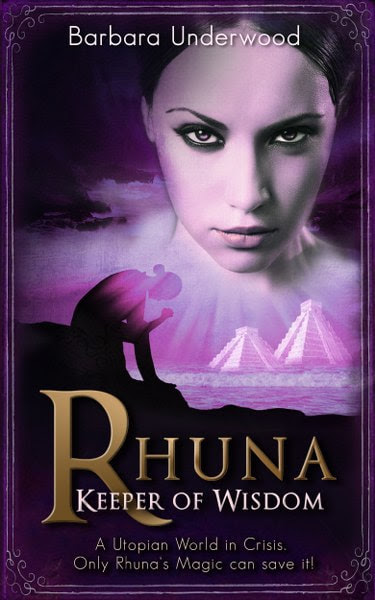 In the ancient, mystical past when an idyllic Atlantis-like civilization flourished, its people with exceptional powers could build giant stone structures like the Pyramids, and transform elements such as sand to stone and metal to gold with concentrated energy of the mind.

This utopian Atlan Empire is rocked when one of its most preeminent Masters rebels and seeks to subvert the ideals of Atlan society. Roaming the countryside in a black robe, misusing his powers on innocent people, he becomes known as the dreaded Dark Master.

On a distant and isolated island on the fringes of the Atlan Empire, a young girl named Rhuna comes of age when she meets a man from Atlán and learns that her father was an Atlan Master who was killed in his attempt to destroy the Dark Master.

Journeying across oceans and ancient worlds, Rhuna learns to master her inherent mental powers, transforming elements and summoning visions by means of the Gazing of the Waters. Unlike her peers, however, Rhuna discovers she has an extra power, namely the ability to summon visions mentally, without incantations or powders.

The first book in this extraordinary Urban Fantasy series lays the foundations of the Atlan Empire and Rhuna’s world, and even when the Dark Master appears to have been defeated, secret and sinister powers continue to threaten the ancient Utopia. 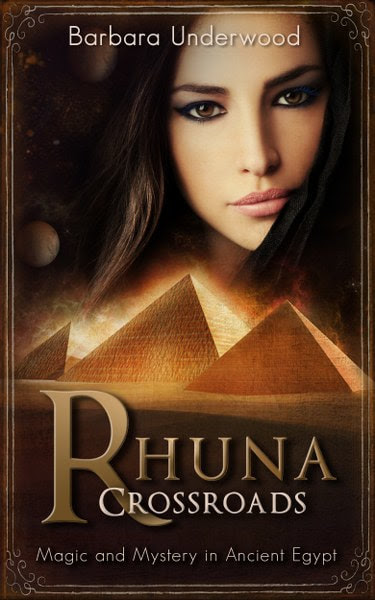 This exciting second book in the Rhuna YA Urban Fantasy Series can also be read as a standalone novel.

Some years have passed since Rhuna helped to defeat the Dark Master in her new home of Atlán, and now Rhuna has a teenage daughter who accompanies her on an assignment in Ancient Egypt to investigate some disturbing reports.

She soon discovers an astonishing underground network of the Dark Master's followers, along with the secret group of Atlans dedicated to stopping them. In the process of trying to carry out her assignment, Rhuna is confronted with enormous challenges that could drastically change her entire life and everything she has ever believed in! 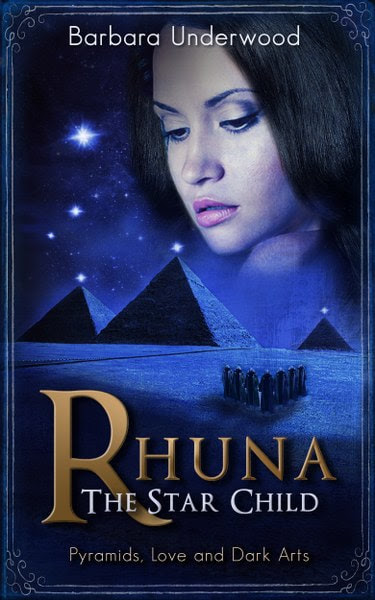 Rhuna – The Star Child
A Quest For Ancient Wisdom Book 3

This thrilling sequel to Rhuna: Crossroads is set in mystical Ancient Egypt where Black Magic was developed by the followers of the legendary villain, The Dark Master. As strange and frightening curses plague the population, Rhuna discovers the underground organization that performs this uncanny new magic, but she can only combat it with the help of her long-lost father. Having learned from her father amazing new skills to empower her on the Astral Plane, Rhuna once again strives to preserve peace and harmony in the idyllic Atlan civilization.

Far more challenging than fighting powerful Dark Forces, however, is Rhuna’s personal anguish when her daughter becomes involved with the leader of the Black Magic movement, and the once-perfect Atlan society based on utopian principles begins to crumble all around her. Shocking events escalate Rhuna’s world to a breathless climax as she and her family undergo a momentous upheaval, and she is forced to make great personal sacrifices for her loved ones. 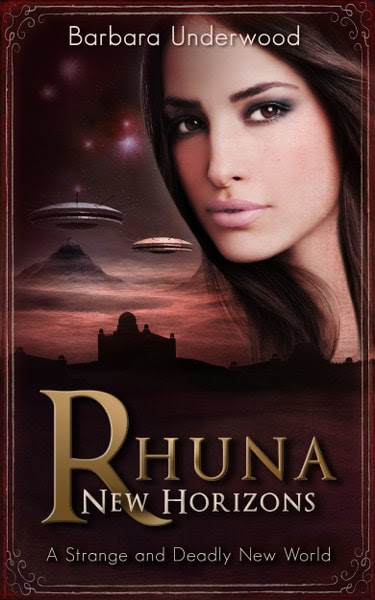 The fourth book in the series, Rhuna: New Horizons can also be read as a standalone novel.

After sacrificing a life of comfort and security for her daughter’s sake, Rhuna and her family go into exile and start a new life in the former Atlan colony of Varappa. This faraway land is a frontier of new technology such as air travel, loops in time and a society apparently flourishing without a governing body of any kind.

On the surface, everyone appears to thrive in this liberated society, but this kind of free thinking is fertile ground for the Dark Master and his followers. Just when Rhuna and her family settle into their beautiful new lakeside home, strange things begin to happen. Powerful conjurers cause upheaval with their sinister magic, driving people from their homes.

An isolated society claiming to adhere to the ways of the First Atlans, appear to be fighting a losing battle against these followers of the Dark Master. While attempting to find a diplomatic solution to the escalating conflict, Rhuna faces great challenges in her personal life. Aradin’s love for her has cooled off inexplicably, and Lozira’s emotional wellbeing teeters on a precarious threshold. In desperation, Rhuna combines her magical powers and Varappan technology to do the unthinkable. What she does, however, is forbidden, and brings about a rift between her and her own father. Rhuna may have headed down a path from which there is no turning back… 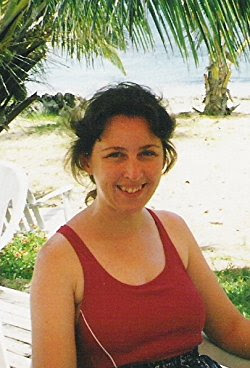 Barbara Underwood was born and raised in Sydney, Australia; the only child of German migrants who provided a rich and diverse childhood environment. Already in third grade she wrote a short children's book for a class project and realized that she was deeply satisfied with creating stories. In sixth grade, for another class project, her teacher was so impressed by the lengthy story she submitted, that he commented at the end "I see we are going to have another author".

Over the years Barbara kept writing one thing or another, but only as a hobby while she pursued other interests and goals. In the 1990s, she completed a correspondence course in professional writing, doing it in her spare time after work. This led to having a few short stories published, but what she really wanted to do was write a proper novel.

At this time, Barbara had travelled extensively and gained a wealth of knowledge and experience in subjects that held special appeal for her, namely ancient history, myths and legends (such as Atlantis, the builders of megaliths around the world), folklore (the belief that a god-like race gave mankind its technology), human psychology and the culture of other countries. What better subject for her first novel than to combine all these elements into one big adventure!