A Brush with Fame by Melinda Hazen 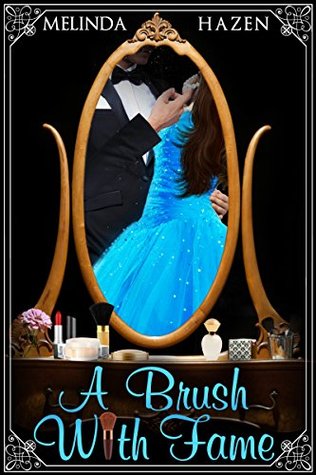 A Brush With Fame
by Melinda Hazen

What if by chance you met a famous person? And he wants you.

Rafaella Hamilton, a talented makeup artist, accepts a one-day sub position on a movie set, where she meets the charismatic lead. British heartthrob actor Evan Hutchinson, intrigued by Rafaella’s understated beauty and charm, surprises her with a job offer to finish the film.

After much playful conversation and post-work engagements together, Rafaella realizes Evan wants more from her than just a workplace relationship. This in turn compels her to make a love-altering decision enabling her to explore a relationship with Evan.

Love is hard enough under ordinary circumstances, but is Rafaella and Evan’s relationship strong enough to withstand his Hollywood lifestyle, interactions with glamorous co-stars, the tabloids, and over-devoted fans?

When unthinkable tragedy strikes, testing their love, and forcing them to make painful choices, will an ultimatum destroy their relationship?

A Brush with Fame by Melinda Hazen

She knew he looked familiar, heck, he was definitely handsome, but when Rafaella Hamilton first flirted with British heartthrob Evan Hutchinson, she had no idea who he was or what they could become to each other. A makeup artist, Rafaella would soon learn that even the best concealer couldn’t hide what she was beginning to feel for Evan. She was pretty sure he felt the same way towards her, but would the life of a star be too much for Rafaella to accept? Would her personal insecurities and desires clash with the younger Evan’s own goals or the future he had mapped out for himself?

When Rafaella’s past comes back like a horror show on steroids, she is forced to look at her life, her dreams and needs. Is she strong enough to walk away if Evan cannot make the same choices? Would she be playing a high school game, hoping he would bend to her wishes? Painful choices must be made, but sometimes through pain comes clarity and love. Will they find a love that will survive the tests of life?

A BRUSH WITH FAME by Melinda Hazen is a tale of two worlds colliding, joining together and being torn apart with gaping wounds left in the aftermath. I found Evan to come across as a man unaffected by the life he has, sincere enough to know what he wants and honest enough not to dangle empty promises.

Rafaella, although in her late twenties almost seemed too naïve for the world she lived in. I did enjoy hearing her thoughts regarding Evan, they were spot on as she dared to hope he was attracted to her in the beginning. She did have a brutal wake up call that made her realize what she wanted in life and their exchange was heart wrenching, but for the most part, honest, particularly on Evan’s side. Rafaella rolled the emotional dice and had to play out her hand. Choices of the heart are difficult at best, but love isn’t a game.

Melinda Hazen has put a very realistic spin on loving, losing and moving on, no matter the outcome, which could only change if two people still wanted it. A sweet romance with a touch of darkness and pain, but isn’t that pretty realistic, too? Want a romance with two "nice"people looking for love and acceptance as they are? This is it!

I received a complimentary copy from Melinda Hazen!