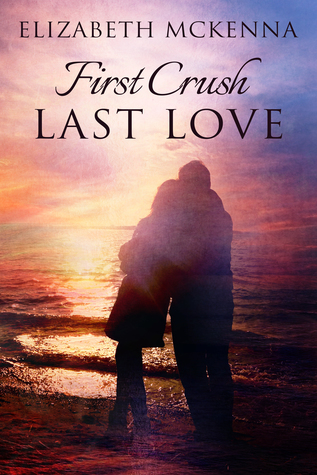 Back in high school, Lee Archer had the power to make Jessie Baxter's cheeks flush and her heart race. But the popular athlete never wanted to be more than just friends. Ten years later, after a failed marriage and with her journalism career on shaky ground, Jessie's come home for her high school reunion--and Lee still has the power to make her knees weak and her pulse pound.

Lee's teenage years were filled with more trauma and drama than anyone guessed. Though his damaged past has helped make him a successful police detective, it's hurt every relationship he's tried. But seeing the grown-up, stunning Jessie might just change his commitment-phobic mind.

Jessie's psycho ex-husband had her convinced no one would ever love her, but Lee is ready to step out of the friend zone and into her heart. Can she learn to trust again before she loses her chance to turn her first crush into her last love?

Elizabeth McKenna's novel will have you remembering the angst of high school, the grief of a failed relationship, and the joy of finding true love at last.

That first time your heart says “this is forever,” is huge, especially when your teenage hormones are running wild and suddenly there is a noticeable difference between boys and girls. Lee was Jessie’s first crush, but they remained friends only, good friends, but still…sigh…

Years have passed, Jessie has grown up, found herself a husband who didn’t quite live up to her high school fantasy, but he was a good man…or was he? A freshly minted divorcee, Jessie has come home for a family visit and a high school reunion.

Meanwhile, Lee had his own secrets growing up, secrets that sent him running as far as possible from home, friends and Jessie. He did come back home and is now a law enforcement officer, stable, sadder, but wiser.

Little did Jessie know that seeing Lee again would spark those old teenage hormones, nor did she realize she would become the object of a stalker who would shadow her every move. Lee may be the only one who can keep her physically safe, but what about her heart? Will he finally see what he could have had all those years ago? Will the woman version of Jessie and the man version of Lee finally connect the dots that lead to intertwining hearts?

FIRST CRUSH, LAST LOVE by Elizabeth McKenna is a sweet second chance romance, even though there never was a first romance to begin with! Adding the touch of danger and mystery was brilliant! There is nothing over the top, but still the sinister air is there, as well as a soft romance that is gently and tentatively blossoming. I enjoyed not having my insides twisted in knots throughout, being able to sit back and enjoy a well-told story that could bring two realistic characters together after a long journey filled with false starts and dead ends. Closure comes in many ways, and Jessie may find that more than one door will close on her past, only to find her future full of doors waiting to be opened on love!

I received a complimentary copy from Elizabeth McKenna!