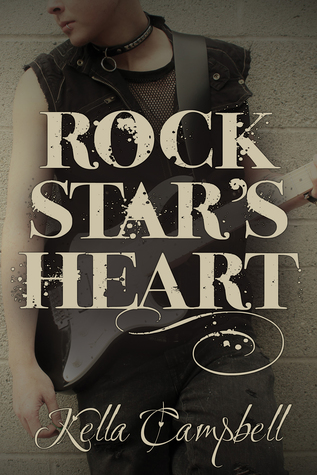 When a twist of fate throws university student Crys Murphy into an unexpected job on tour with a wildly successful rock band, her crush on the guitarist turns into powerful temptation. But there’s a dark side to the glamour and champagne: Blade has anger and addiction issues, a history of partying with groupies, and a tendency to get naked in public — and Crys is supposed to keep him out of trouble.

As she gets to know the talented and lonely man behind the bad boy behavior, the chemistry between them wavers on the edge of something deeper. But he doesn’t do relationships, and she grew up expecting a white-picket-fence future. Can he reform and open his heart to love? Will she give up her straitlaced upbringing for her troubled rock star?

She was in the right place at the right time to take a chance on living a dream while learning about life, love and most importantly, herself. Chrys Murphy was going to be paid to be a troubled rock star’s “girlfriend.” Blade, a talented guitarist in the hot band, Smidge, has let his drug addiction and out of control lifestyle become public knowledge. Chrys’ job is to be his girlfriend and his keeper. She is responsible for keeping him on the straight and narrow.

What she finds is a young man overwhelmed with life, his star status, carrying a heavy heart and an anger control issue. She also discovers a lonely, warm and caring person in crisis, one who needs love more than a babysitter, one who grabs her heart, her loyalty and her determination. Blade also showed Chrys how to reach for her own dreams, be her own woman and take a chance on truly living.

ROCK STAR’S HEART by Kella Campbell proves beyond a doubt that, yes, there is room for one more rock star romance and yes, it can have a fresh face, fresh approach and can shine above the rest!

Ms. Campbell has not glamorized the “drug, sex, party” image of a rock star, but she has put the spotlight on the personal strength and growth of one young woman who has found where she belongs and will do anything to help the man who has stolen her heart. A wonderful read that does talk bluntly about drug abuse, from the struggle to stay clean to the pain of falling off the wagon to the toll it takes on everyone around. It is a story of the power of love, and yet, there is angst, laughter, confusion, heartbreak and best of all, hope!

From its lowkey start that builds slowly, to the entangled web of what becomes a clear case of humans being treated as commodities to please both the public and the pocketbook, ROCK STAR’S HEART is truly a love story with barbed edges. Wonderfully fleshed out characters grow, legends become human and one young woman learns how far she will go for love. Definitely not your normal rock star romance!

I received a complimentary ARC edition from Kella Campbell!