The Demon Within by Josh Gagnier #Giveaway 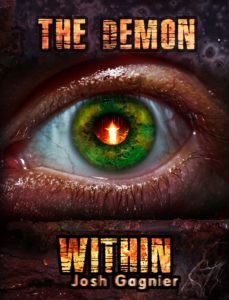 Demon Within by Josh Gagnier

Joe grew up listening to the voice in his head. It helped him through school, helped him gain wealth in his career. The final temptation of power was too much. He hadn't considered the cost. Now he must find a way to defeat The Demon Within. Little does he know, his every move is being recorded. Every misstep is being judged. As he gets ever closer to winning over his demon, heavenly eyes watch from above. Some root for his success while others hope he'll fail. While Joe fights his demon on the battlefront, the angel Michael fights for his Soul. Will Joe win out? Will Michael be able to save Joe's soul? Or will the Demon win and thrust Joe into the Abyss.

Link to my 5 Star Review

Praise Demon Within by Josh Gagnier

“This author is amazingly talented, quite honestly the Dan Brown of the Dark Urban Fantasy genre. This is a book that will hook you in and you will find it very difficult to put down. I read this book in one sitting, it was that well written. I highly recommend this book. And I can't wait for the next one!”- Andrew T., Reviewer “The Demon Within is an outstanding read. It is a dark fantasy that will take you through twists and turns and keep you guess the whole way. The writer did a fantastic job with the creativity and complexity of the story line as well with the characters. You will not be disappointed!”- Nick Barth, Reviewer “This book is amazing. The author has a way with words, his twists and turns keep you hooked. I couldn't put it down. Waiting for part two, I see this as the door way into the fantasy realm!”- Andy Burk, Reviewer “The Demon Within opens with an interesting twist on the ideas of Creation, God, Angels and Demons. It then morphs into what at first seems to be a courtroom drama - Defense and Prosecution "ministers" arguing based on a Soul's actions to decide if that Soul is worthy of Heaven, while a Judge rules based on their arguments. The book evolves again as we delve deeper into the life and actions of the Soul in question, going back and forth between the actions and the court. The switches between each setting are very well done, and you never lose a sense of continuity. Each chapter builds on the last, leading to several INSANE revelations, and leaving you begging for more. The cliffhanger at the end makes you want to choke the author...or go all Dolores Claiborne on him until he writes the sequel (Hurry up, already!!!) A great read, and one which I will return to several times, in case I missed anything. I read this book in just a couple of sittings. The only reason it wasn't a single sitting is that I had to go to work.”- Tommy Watson, Reviewer 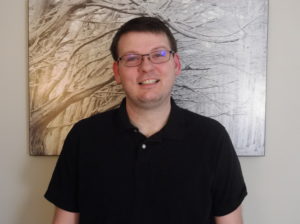 Josh has had a knack for writing from a young age; mostly poetry.  The Demon Within is his debut novel and, according to Josh, nearly wrote itself.  He is a US Army veteran and has been deployed to the Balkans and Middle East.  He has been an IT professional for about a decade. Many of the events in The Demon Within were taken from Josh's life and "put through the fiction blender" as he puts it.  When pressed for more details, he said he couldn't give specifics for fear of "giving spoilers," but, he did say the book includes fictional spins on things ranging from childhood bullying to being placed in the Las Vegas foster care system. He currently lives in Columbus OH with his family and is working on book two of his 'The Last War' series. Facebook: https://www.facebook.com/joshgagnierauthor/

Buy Demon Within by Josh Gagnier

Giveaway Demon Within by Josh Gagnier