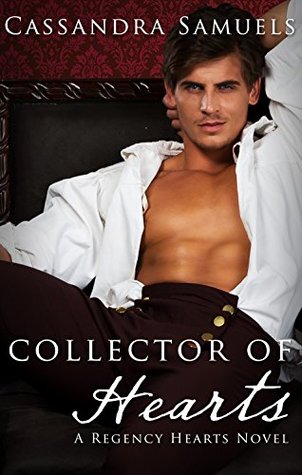 Collector Of Hearts
by Cassandra Samuels 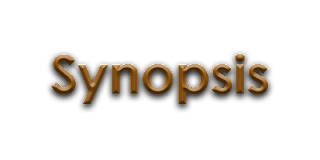 Thanks to a wastrel father and a laudanum–addicted mother, Arabella Fleming and her twin sister have one – and only one – season in London in which to find suitable husbands.

Robert Mallory, Marquis of Shelton, is not suitable. Known as the Collector of Hearts, Shelton is a master of seduction, and he never fails when he sets his sight on a new target. And this season, he wants Arabella.

Arabella is too clever to be swept up in Shelton's wicked amusements, but she finds herself unable to resist the temptation of his company. And when she tastes his kiss, she discovers there's more to him than a mysterious past and an infamous reputation. Arabella soon realises that, in order to protect her own heart, she has to collect that of another – the heart of the most notorious rake in London. 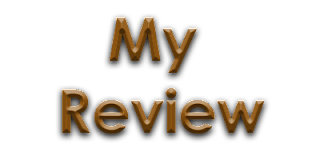 Of all the rakes in London, Robert Mallory, the Marquis of Shelton had earned the dubious distinction of being the COLLECTOR OF HEARTS. A love ‘em and leave ‘em man, he took what he wanted and moved on, the scoundrel. Naturally, when he set his sights on the beautiful Arabella Fleming, imagine the damage to his ego when she refuses to be swept up in his “charm.”

Arabella and her twin sister, Isabella are determined to marry for love and they are determined that this Season will be their chance to find a man of honor. Isabella may have found her match, but Arabella finds the Marquis to be like a burr in her heart, he is NOT what she needs, but somehow, the arrogant cad has burrowed his way into her heart. Fortunately her head is harder than her heart and, although she knows who she wants, she will not become another notch on his bed. No matter how much he pours on the charm, if he won’t give his heart, Arabella won’t give her favors…

Cassandra Samuels hasn’t created the typical historical romance with heaving bosoms, or the taming of a mildly rakish Marquis with a sketchy past. Our Robert has some truly dark and devastating events in his past that have left him damaged and afraid to care about any woman. He is afraid of love, so we are shown his less than attractive side and I have to be honest, I really didn’t like him at first. But leave it to Cassandra Samuels to redeem him, and to give us a little humor, some wonderful characters with heart and some slightly crazy ideas to prove to one man he does have a heart and it belongs to one Arabella Fleming! Pretty sure I have never seen a male character so emotionally rendered into a puddle of goo for the right woman who has what it takes to show him the truth of the man he really is!

Lots of tension, romance and denials going on here! History comes alive when love is in the air and the heart collected this time is for keeps!

I received a complimentary ARC edition from Escape Publishing!