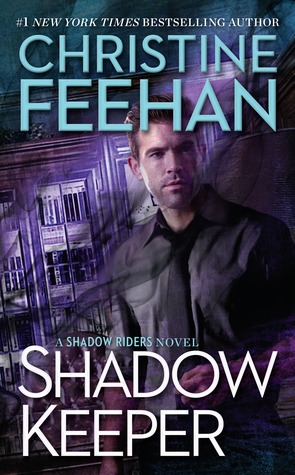 One family brings its own brand of justice to the streets of Chicago's shadowy underworld as #1 New York Times bestselling author Christine Feehan returns to a series hot enough to burn...

The paparazzi can't get enough of infamous bad boy Giovanni Ferraro. But unknown to them--and the women he beds--he's just playing a role. Keeping the spotlight on himself keeps it off the family business. And if this lethal shadow rider can't hunt in the dark, he'll find his pleasure elsewhere...

Sasha Provis grew up on a Wyoming ranch and thought she knew how to protect herself from predators. But in the nightclub where she works, she's fair game--until one of the owners steps in to protect her. Giovanni is gorgeous. He's dangerous. And his every touch takes her breath away.

The devil at her heels may have finally met its match...

Giovanni is living the high life, fast cars and woman but little does everyone know that he is just trying to deflect eyes from the family business of Shadow Riding. Many would love to be in Giovanni’s shoes, but in Giovanni’s case, he hates the role he must personify. When he finally meets his perfect match, Sasha, all she sees is the playboy and not the man beneath. Its his job to convince her that she is his forever.

Sasha is from a ranch in Wyoming, coming to the city after her parents are killed and her brother is critically brain injured. Sasha brings her brother to a place where they can provide best care possible, but Sasha is barely keeping her head above water…working two jobs…and doesn’t have time for a playboy in her life.

I’ve loved the Shadow series from the start, it just works for me. Shadow Keeper just felt different from the past two installments but yet it still works for me :D. This is my favorite book so far in this series.

Sensual with a capital S, Shadow Keeper is a tantalizing, provocative, and flat out sexy mystery thriller all wrapped up in marvelous paranormal romance.

I received this ARC copy of Shadow Keeper from Berkley Publishing Group. This is my honest and voluntary review. Shadow Keeper is set for publication May 29, 2018.