The Twelve Terrors of Christmas by Claudette Melanson Tour & #Giveaway 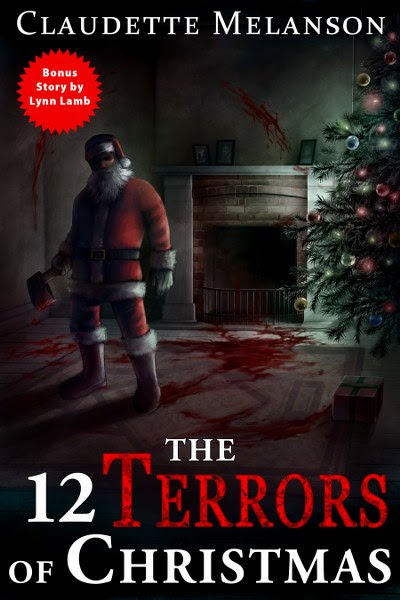 Award-winning author Claudette Melanson offers eleven new and original stories to make your skin crawl at any time of the year. This horror anthology also includes an original short by Amazon International Best-Selling Author, Lynn Lamb, titled "Bring Me Flesh and Bring Me Wine." A special bonus story is also included by Melanson, "Mislead," previously published only on the Halloweenpalooza blog. Grab a cup of cocoa and make sure the windows and doors are locked tight as you settle in by the fire to enjoy these tales of terror, but be warned...locks have never succeeded at keeping Santa from gaining entry. If you enjoy a slice of horror with your holiday cheer, this collection of Christmas horror shorts will satisfy all your dark cravings during the holidays...and beyond.

Who is Santa really? Does something sinister lurk beneath the red suit and apple-cheeked visage? More importantly, what does Santa want for Christmas?

It is said that every wish bears a cost...even a wish of good intent. What do Detective Talbot and his son, Mallory, stand to lose when the pair seek to right a wrong on Christmas Eve?

Christmas can be a time for great joy...but also for heart-wrenching regret. Can the magic of Christmas Eve turn back the clock before time runs out for Morana and her family?

Snow falls white and clean, seeming to purify the small town of Moon, Pennsylvania, but the woods behind Vaughn's home have taken on a sinister cast. The snow keeps falling in record-breaking depths, but does evil lay hidden beneath its seemingly-innocent luster?

As his elves scurry to fill the toy orders for the busy season, unknown terror creeps toward the workshop intent on releasing an evil meant to cancel Santa's yearly deliveries forever.

A well-meaning elf casts a spell which could inadvertently reveal the dark truth about Santa's workshop and its inhabitants. The world's children may end up paying a terrifying price, proving that the path of good intention oftentimes does indeed lead to hell.

A scary twist on a classic Christmas poem

Santa's sleigh plummets to the ground, tearing all hope of a merry Christmas to bits and pieces. Will the elves be able to employ enough magic to stitch together some sort of solution? Or will their efforts only deliver greater horror and loss?

Trinette is preparing to celebrate her first Christmas in love. Her boyfriend says he found the perfect gift for her, but beneath the shiny red paper and ribbon lies a secret he's kept hidden during all the months of their courtship...

The world's population explosion means business is booming at Santa's workshop, with the need to expand making a difficult excavation below the permafrost necessary. But the elves should use caution lest they dig up an evil best left buried.

A special holiday treat for Maura DeLuca fans! Riptide ended on a happy note, but how did Maura's extended family celebrate Christmas? Could it be that the holiday didn't quite play out the way the vampires planned?

It's a dangerous time to call oneself a non-believer. Those who scoff at Santa's existence are melting all over the world. But could the benevolent head elf turn out to be the murderer?

Vampires, ghosts, demons, elves, werewolves, serial killers and a rampaging Krampus are just a few of the monsters creeping amongst the pages of The 12 Terrors of Christmas. Are you brave enough to venture inside to experience the flip side of the typical Hallmark-themed Christmas?

I bet your biggest fear at Christmas is whether Santa really DOES know if you have been naughty or nice! You may just discover that even Santa and his crew have a dark side and just maybe you might be better off if he misses your home this year! Claudette Melanson is about to turn those dreams of sugarplums into nightmares of Ho-Ho-Horror.

Do you like short stories? Who says horror is a Halloween thing? Take a walk on the dark side with Claudette Melanson with THE 12 TERRORS OF CHRISTMAS and witness what happens when vampires, ghosts, demons and more get caught up in their own version of the Christmas Spirit.

We all know about his magical reindeer, but what would happen if a werewolf appeared at the North Pole? What if Christmas Eve fell on the night of the full moon? Let’s not even get started on wayward elf magic while making those toys and goodies…

Christmas should be a magical time of wishes coming true, but what would happen if one boy’s selfless wish turns into a nightmare of epic proportions at the hand of an evil Santa? Who could ever trust the jolly old elf again? Then again, have you ever thought of Santa and Frankenstein’s monster in the same breath?

Go ahead, settle in for some short Christmas tales, because after all “Tis the Season,” but don't say you weren’t warned, this author knows how to write on the dark side and she even shares a dark tale from author Lynn Lamb!

Leave to Claudette Melanson to put a dark spin on Santa, because really, did you think he was always so jolly, the time constraints he has alone are enough to turn him into a monster! Ms. Melanson just put it all into words…and she did it very well! You may want to reconsider that milk you always leave out and make Type O, instead...and those carrots for the reindeer, how about a side of raw meat? 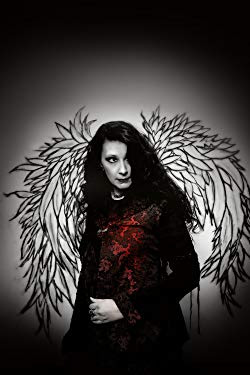 Claudette Melanson writes dark fantasy, horror and children’s books in Kitchener, Ontario with seven bun babies at her side: Tegan, Pepper, Butters, Beckett, Sansa, Daenerys & Caramel. She graduated from Indiana University of Pennsylvania with a BA in English, BS in English Education and an MA in Literature. Harboring a deep admiration of vampires since the age of five left her with the desire to eventually become one, and now fuels the creation of her favorite paranormal characters. She hopes to one day work full time as an author, since there are many, many stories playing out inside her head.

In her very scant spare time, she enjoys watching Japanese Anime and reading vampire stories...along with other genres of great fiction, as well as riding every roller coaster she encounters in both her hometown and away at signings. An advocate for good health and ketogenic eating, her favorite foods are bulletproof coffee, cashew-flour crust pizza and treats made with xylitol and almond, coconut or cashew flours.

Future dreams include a cabin boasting a roaring fire, isolated inside a snow-filled wood in the Yukon—the perfect writing spot—and the completion of dozens of future novels and stories. A Rabbit Rescue fanatic and loving bunmom, she also hopes to help rescues all over the world save many innocent lives.