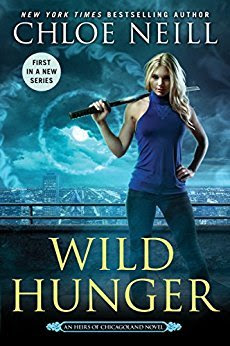 As the only vampire child ever born, some believed Elisa Sullivan had all the luck. But the magic that helped bring her into the world left her with a dark secret. Shifter Connor Keene, the only son of North American Central Pack Apex Gabriel Keene, is the only one she trusts with it. But she's a vampire and the daughter of a Master and a Sentinel, and he's prince of the Pack and its future king.

When the assassination of a diplomat brings old feuds to the fore again, Elisa and Connor must choose between love and family, between honor and obligation, before Chicago disappears forever.

When you are one of a kind, the world wants a piece of you, as a friend or a foe, but as the only vampire ever born, Elisa just wants to be herself and keep her secrets just that, secret. Only one person knows what she hides, and Connor, shifter prince and future King of his pack isn’t about to force her hand, even when a diplomat’s mysterious assassination could destroy the supernatural world of Chicago.

Chloe Neill hasn’t just brought back the intrigue of her Chicagoland Vampires with a spinoff of the new generation, she has built a strong foundation to what could prove to be even more exciting, more intense and more importantly, FRESH! It's time for change and Ms. Neill is bringing it on!

No worries fans, WILD HUNGER the first in the Heirs of Chicagoland series doesn’t’ miss a beat! The same “Neill” attitude is ringing through with a fresh spin, humor and heat! These characters will come alive, and their relationships will be “complicated” to say the least, because this generation is getting ready to take center stage in a world still filled with the conflict that only a melting pot of supernaturals and supernatural egos could create!

I received a complimentary ARC edition from Berkley Publishing Group!