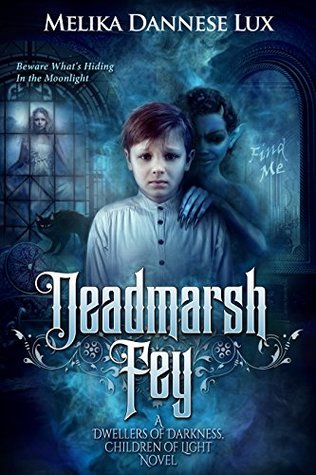 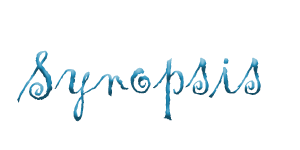 Flesh and bone and hearts unknown, lead to the rath and your fate will be shown…

Deadmarsh. The name struck terror into the hearts of all who heard it. But to Roger Knightley, neither Deadmarsh the house, nor Deadmarsh the family, had ever been anything to fear. Nearly each summer of his young life had been spent in that manor on the moors, having wild adventures with his cousin, Lockie, the Deadmarsh heir. This year should have been no different, but when Roger arrives, he finds everything, and everyone, changed. The grounds are unkempt, the servants long gone. Kip, the family cat, has inexplicably grown and glares at Roger as if he is trying to read the boy’s mind. Roger’s eldest cousin, Travers, always treated as a servant, now dresses like a duchess and wears round her neck a strange moonstone given to her by someone known as Master Coffyn, who has taken over the teaching of Lockie at a school in Wales called Nethermarrow.
And soon after he crosses the threshold of Deadmarsh, Roger discovers that Coffyn has overtaken Lockie. The boy is deceitful, riddled with fear, and has returned bearing tales of creatures called Jagged Ones that claim to be of the Fey and can somehow conceal themselves while standing in the full light of the moon. What they want with Lockie, Roger cannot fathom, until the horror within his cousin lashes out, and it becomes savagely clear that these Jagged Ones and the Dark Wreaker they serve are not only after Lockie and Travers, but Roger, too.
Joining forces with an ally whose true nature remains hidden, Roger seeks to unravel the tapestry of lies woven round his family’s connection to the death-haunted world of Everl’aria—and the Dark Wreaker who calls it home. The deeper Roger delves into the past, the more he begins to suspect that the tales of dark deeds done in the forest behind Deadmarsh, deeds in which village children made sacrifice to an otherworldly beast and were never seen or heard from again, are true. And if there is truth in these outlandish stories, what of the rumor that it was not an earthquake which rocked the moors surrounding Deadmarsh sixteen years ago, but a winged nightmare attempting to break free of its underground prison? Enlisting the aid of a monster equipped with enough inborn firepower to blast his enemies into oblivion might be as suicidal as Roger’s friends insist, yet the boy knows he needs all the help he can get if there is to be any hope of defeating not only the Dark Wreaker and his servants, but an unholy trinity known as the Bear, the Wolf, and the Curse That Walks The Earth.
And then there is the foe named Blood Wood, who might be the deadliest of them all.
Racing against time, Roger must find a way to end the battle being waged across worlds before the night of Lockie’s eleventh birthday—two days hence. If he fails, blood will drown the earth. And Roger and his entire family will fulfill the prophecy of fey’s older, more lethal meaning…
Fated to die. 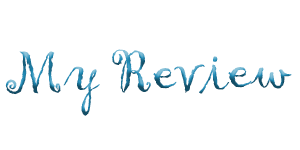 Clear your calendar and settle in, you are about to become part of an epic journey where nightmares become reality and reality isn’t quite as it seems in Melika Dannese Lux’s DEADMARSH FEY, an incredibly solid beginning to what appears to be a fabulous series! There is more story between the covers of this dark horror/fantasy than can be given justice in a review.

Roger Knightley never understood the dark stories told of Deadmarsh. For the eleven-year-old, the mansion was a summertime delight, a place of adventure with his cousin, Lockie, so why should this year be any different? But it was, and it was the things nightmares are made of and the monsters sometimes hid in plain sight or worse, deep in the bowels of the earth under Deadmarsh.

For Roger, it starts as another adventure, a mystery to solve, but what he discovers and the strange allies he makes will forever change his reality and the reality of those around him. Family secrets will be revealed, deceit will abound and an evil so terrible will overtake the very souls of those Roger cares about as the clock counts down to the very hour when the veils between worlds is at its thinnest and a deadly prophecy will be fulfilled.

Melika Dannese Lux hasn’t given us a tale to read and let go of, she has created an atmosphere to breathe, a world to get lost in and characters that come alive, morphing and changing throughout! Brilliant writing holds those final truths just out of reach, because no one is who they seem at first glance and as the fantasy grows, it darkens and branches off down twisted tunnels into a labyrinth that will culminate in an incredible series of unveilings, battles and magical beings that defy our reality!

Roger is “that” character who brings light to this tale with his youthful determination, his newfound allies and his belief in both himself and those around him. He is a youthful adventurer with a spine of steel in my book!

Start to finish, there is not a wasted word or page, and yes, this is longer than many tales, so plan to be swept away from reality for a while. You may find yourself reluctant to return when all is said and done! This is a book to enjoy, not race through, the ideas are fabulous, and the execution by this author is near flawless with page after page of constant movement and detail as we sit front and center to one family's many secrets!

I received a complimentary copy from Melika Dannese Lux!