Once a King by Erin Summerill (Clash of Kingdoms, #3) Standalone 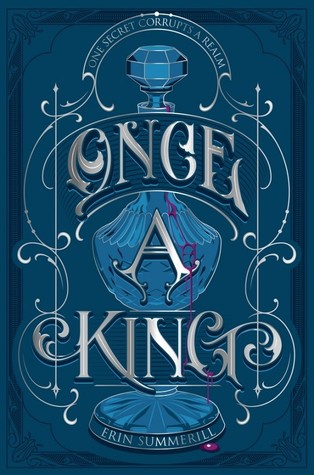 Once a King
by Erin Summerill

Aodren: A lonely, young king, searching for a way to dismantle his father’s dark legacy.

Lirra: A girl with the power to control the wind, torn between duty and following her dreams

For twenty years, Channelers—women with a magical ability—have been persecuted in Malam by those without magic. Now King Aodren wants to end the bloody divide and unite his kingdom. But decades of hatred can’t be overcome by issuing decrees, and rumors of a deadly Channeler-made substance are only fueling people’s fears. Lirra has every reason to distrust Aodren. Yet when he asks for help to discover the truth behind the rumors, she can’t say no. With Lirra by his side, Aodren sees a way forward for his people. But can he rewrite the mistakes of the past before his enemies destroy the world he’s working so hard to rebuild?

Once a King by Erin Summerill

Together, two unlikely allies will try to bring in a new world of peace and trust while righting the wrongs of the past. As the young king, Aodren and a young channeler, Lirra struggle with their emotions, the political machinations of the kingdom and the people’s fear of magic in any form, they will uncover who is behind the black market version of a magical healing potion. But will they be in time to save its victims?

Told in two POVs, Erin Summerill takes us into another world in ONCE A KING where we can get lost in a story so well-told, we can forget this isn’t real. Wonderful characters, good, evil and misguided will take center stage in scenes that are vibrant and alive. The tentative friendship between Lirra and Aodren is so positive and so realistic, especially when their misunderstandings or misconceptions lead to personal enlightenment and trust.

If you like characters that work against the odds for a brighter future and acceptance of all, this tale is sure to have you, hook, line and sinker! Definitely can be read as a standalone to this series, so newbies like me can sit back and never feel lost!