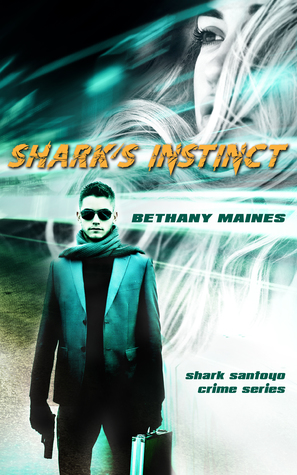 Fresh out of prison and fresh out of luck, twenty-six-year-old Shark wants back into The Organization. But when Geier, the mob boss with a cruel sense of humor, sends Shark to the suburbs to find out who’s been skimming his take, Shark realizes he’s going to need more than his gun and an attitude to succeed. With the clock ticking, Shark accepts the help of the mysterious teenage fixer, Peregrine Hays, and embarks on a scheme that could line his pockets, land him the girl and cement his reputation with the gang—if he makes it out alive.

Shark may not be your typical mob guy, but the recently released ex-con has a lot of time to make up for, so when he was given an assignment in the suburbs, Shark was determined to make the best of a bad situation. To find out who is skimming from the take, Shark enlists some unconventional methods and Peregrine Hays, teen fixer may be his most potent weapon in his arsenal. Could this be the beginning of a very successful relationship between colleagues or will there be something more?

Witty, clever and filled with some fascinating characters, SHARK’S INSTINCT is far from your typical mob style mystery! Bethany Maines has created a fun read with attitude and a collection of characters are sharp, a little daring and most likely more than they appear to be on first glance.

Peregrine steals the show with her ability to be what the situation needed, her connections and her secret heart of gold. Shark plays off her perfectly as the guy trying to make a buck, a name and a position for himself in the mob, but is he really mob material?

If anyone can pull this job off, it’s Peregrine and Shark is smart enough to know it. A fun read filled with more anti-heroes than heroes, but, hey, ya gotta love em! I'm coming back for more from this author and these characters!

I received a complimentary copy!