Black Bullet by L.D. Rose (The Order of the Senary #2) 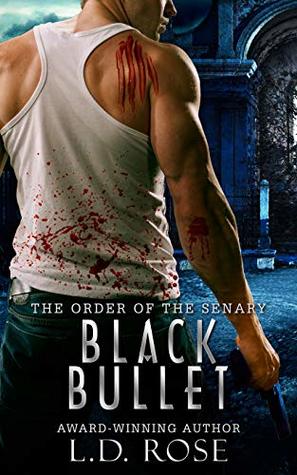 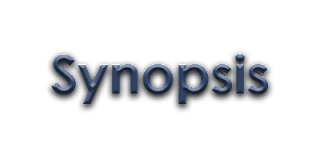 Not even his past life as a former marine and FBI agent could prepare him for the battle against the monster inside him, struggling to take hold. After an old nemesis of the Senary surfaces in Brooklyn, unleashing chaos and terror in the battered borough, Jon sets out to take him down. Instead, he ends up with far more than he bargained for when he clashes with the beautiful half-vampire hybrid, Lawan Knight.

After escaping near death and suffering unspeakable horror at the hands of vampires, Lawan trusts no one, regardless of species. In between bouts of drunken stupor, her only goal is to exterminate all those who've wronged her, including every member of Jon's vampire bloodline. But Jon’s soulful eyes and quick smile crawls under her skin, transforming her black and white world into a hazy shade of gray.

As the days rapidly grow darker, Jon and Lawan turn to one another, but their inner demons threaten to tear them apart. The only way either of them will survive is if they overcome their greatest fear— 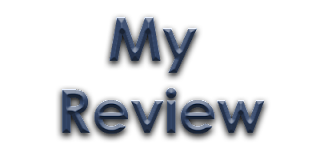 Black Bullet by L.D. Rose (The Order of the Senary #2)

Among the Senary lives a vampire, their sworn enemy, but Jonathan Kerr is no ordinary vampire as he struggles to keep control of the monster that lives within. For the camaraderie and friendship they have given him, he has vowed to help them take down an old nemesis before his reign of terror destroys what is left of Brooklyn.

Lawan knows unspeakable pain. She has survived being a vampire plaything and now the half vampire hybrid lives the life of a ghost, alone, mistrustful of everyone. Her best friends are an unruly cat and a bottle of booze until Jon barrels into her life and taunts her with the one she thing thought she had lost forever, hope, and the one thing they both fear, finding love, because to love is to lose, or is it?

L.D. Rose brings on another riveting and heart-pounding read with BLACK BULLET as two misfits in a world where right and wrong are sometimes the same thing and gives them each a chance at personal redemption, revenge and to free the world of one more jagged shard of hate.

Hang on for a roller coaster of emotion, heart-breaking heroes and another steamy, paranormal romance that has both grit, and the stamina to hold readers enthralled from beginning to end!

I received a complimentary copy from L.D. Rose!