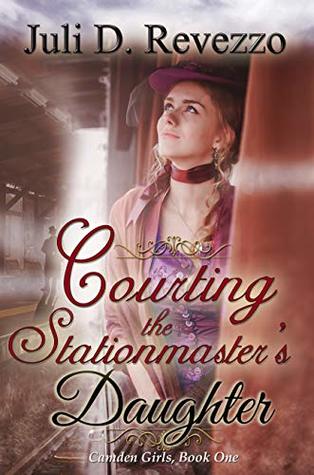 After Honorine Camden is jilted, leaving her stunned and sparking a scandal in her tiny London borough of Wallflower, she's devastated. But when she overhears her father, the stationmaster, talking about arranging a party for their newly-minted underground railway station, she volunteers to help. Although she's intrigued with the handsome assistant stationmaster, Shane MacIntyre, she never expects to fall head-over-heels in love with him. Unfortunately, one tragic accident might derail everything.

Honorine Camden is a young woman struggling to exist in an era where a jilted woman is suspect, tainted, but her own sense of self-worth and her attraction to her father’s assistant stationmaster make for a delightful step-back-in-time.

The new underground railroad is the talk of the lovely London borough and to celebrate all of the hard work involved, a party is to be given for the workers and their families, a project Honorine and Shane will spearhead, but when a devastating tragedy occurs, these two will join forces to turn a heartbreaking loss into an opportunity to bring the town together to support one another.

Juli D. Revezzo’s COURTING THE STATIONMASTER’S DAUGHTER kicks off a new historical romance series on a high note with all of the atmosphere of an era long gone by! Wonderfully drawn characters, a heartbreaking event and the determination to find community cohesiveness make this just a little different from other “Ye Olde Tales.”

Moments of lightheartedness, a budding romance and being part of “cutting edge” methods of transportation make Juli D. Revezzo’s writing blossom brighter on each page! Quick reading, strong, likable characters, no wilting damsels in distress, this one's a keeper and Honorine is a gem!

I received a complimentary copy from Juli D. Revezzo! This is my honest review!