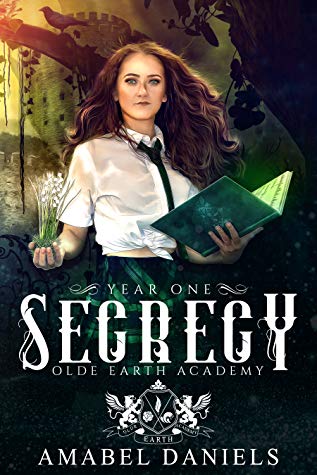 Secrecy: Year One
by Amabel Daniels 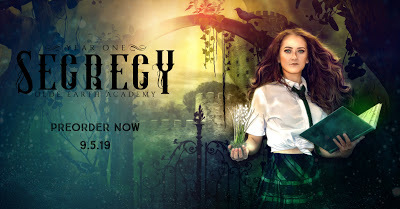 Before Layla Holden can start her freshman year at Coltin High, she receives an unexpected invitation to attend a private school she’s never heard of. She doesn’t hesitate to accept, eager to escape the close-minded small town where she’s been taunted and teased for seeing otherworldly creatures. Anywhere has to be better than home.

Yet she’s only permitted to go if she brings her twin sister Sabine along for the ride.

Inside the walls of the castle-like fortress on the isolated campus, the girls find many secrets and hidden mysteries. Layla’s never shied from challenges and is determined to pass her first year. However, with more unusual and bigger monsters lurking at the school, she struggles to keep her ability a secret. On top of the pressure to succeed in the competitive school, she also attracts the attention of a new student, Flynn Madsen. He’s not the only one who’s curious about her, but he seems to have the same gift of sensing these supernatural beings.

In a new school, it’s impossible to know who to trust and what to believe. By keeping her own secrets closely guarded, Layla has to have faith in herself. Not her bookish roomie, not the cute new boy who seems too curious about her. Because sometimes holding your own secrets can overpower the need to unravel others—a fine balance of controlling your fears or letting them destroy you.

Her family thought she had emotional/mental issues, but Layla knew what she saw at the lake, or does she? Now, she has a chance to make a fresh start, on her own, away from her twin sister who makes her life a living hell, her father who dotes on her prettier, manipulative sibling. Or will her sister manipulate herself into ruining her chance to go to a private school by insisting she go, too?

Amabel Daniels’s SECRECY: YEAR ONE is a wonderful young adult read with just enough conflict, some family rivalry, and the magic of the secret academy for teens who are special like Layla, because Layla is special, she just doesn’t realize it. But Layla is about to discover a new world she never knew existed with magic and mayhem, and just maybe she will finally feel normal again, if only she can learn who to trust, and to believe in herself.

Ms. Daniels has done a truly creative and believable job of creating a world that comes to life in a big way as one girl goes from being a bullied outcast to finally fitting in and discovering who and what she really is!

Great writing, great plot, can’t wait for more in what looks to be another fabulous series for young adults, no matter how old you are!

I received a complimentary ARC edition from Amabel Daniels! I am voluntarily giving my honest review.