Today we have the pre-release blitz for Amanda Ashby ’s new contemporary romance, ONCE IN A BLUE MOON! Check it out and be sure to pre-order your copy today! 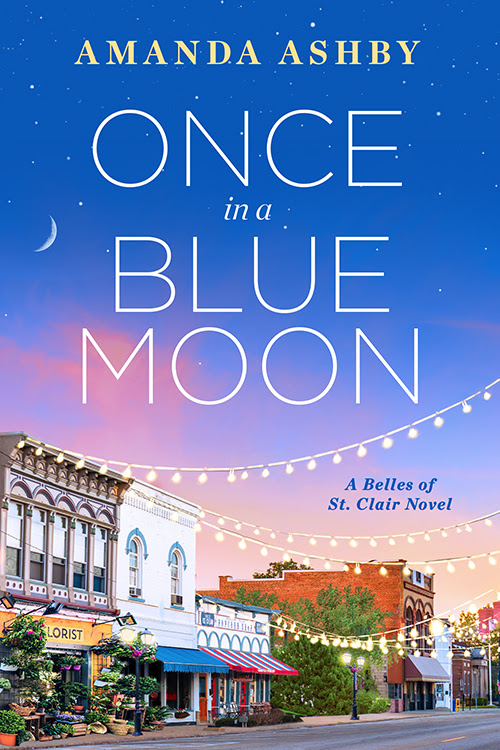 Title: Once In a Blue Moon

About Once In a Blue Moon:

Florist Laney George has a successful business, amazing friends and big, big dreams––oh, and a broken heart. But she’s working through that last one. Then the man she hoped to never see again shows up––and Laney’s carefully ordered plans are experiencing technical difficulties. Celebrated Author Adam Fitzpatrick planned to be in St. Clair for no more than a day. Sign the books, and get out. Same story, different day. What he didn’t count on was Laney George, who happens to be the star of his somewhat fictional tale. She broke his heart years ago, and he’d gone a bit mad. Okay, maybe a lot mad––and he put everything in his book, never imagining it would be a world-wide best seller. Now that he’s seen her again, he wants answers. But it isn’t just her that draws him in. It’s the town, something is happening and for the first time in years…he can write again. If only he could convince the woman who hates him most to start a new chapter in their story.

Catch up on the Series Today!

His hair was damp, as if he’d just stepped out of the shower. He was freshly shaved, and the stark lines of his hard jawline set her pulse to rumbling. “Big day?” His eyes swept over her. “You have no idea,” she said, clenching her hands to stop herself from doing anything foolish. “How did it go?” “See for yourself.” He nodded for her to join him in the adjacent courtyard. Bad idea. But even as the words echoed through her mind, she followed him. The faint scent of cedar and soap diffused in the air. Why did he have to smell of outside? Wasn’t that cheating? Her skin tingled. A beer and an upended book sat on the table, and on the ground lay an expensive-looking suitcase. A gray sweater lined it, with Violet curled up in a ball, deep asleep. “Hey, girl,” Laney cooed, but instead of the dog waking up alert and ready for a pat, Violet’s ear twitched, and she opened a large, dark eye before shutting it again and resuming her nap. Laney turned to him. “What did you do to my dog?” “We found some common ground.” “Not with sticks, I hope?” “No. We went sniffing,” he said, then groaned as she tried to stifle a giggle. “Correction, Violet went sniffing. I just tagged along. She really likes hay bales. And tree trunks. I like to think she’s now emotionally fulfilled.” “She really had fun?” “She only barked at me four times.” On cue, Violet opened an eye and barked at him before going back to sleep. “We’re almost BFFs. I took a video. Want to see?” “A video of Violet sniffing?” she said, trying not to be moved by the fact he’d gone to so much trouble for her. “Sure. Make it sound weird, why don’t you?” he deadpanned as he shed a phone from his jeans pocket. “Here’s proof.” His arm brushed hers as he held up the screen. A nuclear charge raced through her body. She dug her nails into the palm of her hand. If she leaned into him, her head would be pressed against his chest. She couldn’t remember why it would be a bad thing. The clip started, and Violet raced into view. Her entire body trembled with excitement as she buried her nose into the base of an old feeding trough. Her tail wagged. In the background, Adam laughed, urging Violet on in an encouraging voice. Every now and then, Violet glanced up at the screen, huge eyes wide with joy. Oh hell. My dog likes him. Up until this point, Violet had been Laney’s voice of reason. Was it an omen her dog had turned Team Adam? Yes, her itch answered. “She definitely seems happy,” she said, not sure how to answer him. Or look at him. “I’ve had worse dates.” He walked back to the table and picked up a beer. “Want one?” No. The more time they spent together, the harder it was to ignore the connection. It’s just physical. She pushed away the raw emotion in his voice when he’d told her about his career and his failed marriage. Not to mention the release of being able to confess how she felt about his book. The warmth of waking up in the morning and thinking about someone without wanting to cry. It doesn’t mean anything. “Sure,” she said as the blazing sky flooded the courtyard in a magical glow. Everywhere around her, it was spring. The flowers knew it; the bees knew it. I definitely know it. His eyes twinkled in amusement as he twisted the top off the beer and passed it over. “Here you go.” “Thank you.” Beads of moisture clung to the cool bottle. She wanted to hold it up to her burning face. This was getting out of control. She needed...something...from someone. 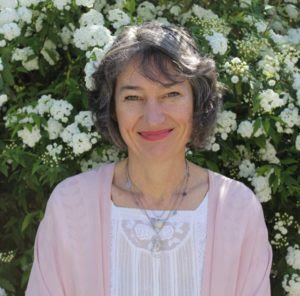 Amanda Ashby was born in Australia but now lives in New Zealand where she writes romance, young adult and middle grade books. She also owns far too many vintage tablecloths and likes to delight her family by constantly rearranging the furniture. She has a degree in English and Journalism from the University of Queensland and is married with two children. Her debut book was nominated for a Romantic Times Reviewers Choice award, and her first young adult book was listed by the New York Public Library’s Stuff for the Teen Age. Because she's mysterious she also writes middle grade books under the name, Catherine Holt and hopes that all this writing won't interfere with her Netflix schedule.