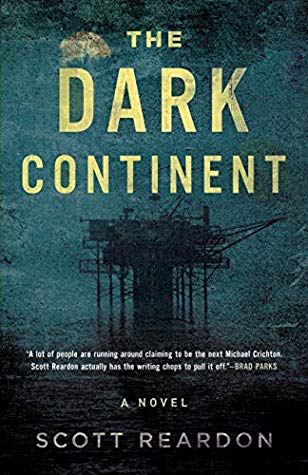 The Dark Continent
by Scott Reardon

For the first time ever, technology has been turned -- back on its creators.
On an oil rig off the coast of Alaska, fifteen test subjects, all of them death-row inmates, have joined a gruesome experiment with unprecedented implications. Government researchers are attempting to enhance the human body, but they change the men into something else instead. Led by a mysterious figure who evokes Colonel Kurtz and Satan from Paradise Lost, the subjects escape and bring the United States to its knees.

Only two men can stop them, Tom Reese and Karl Lyons. Tom and Karl will have to cross an America on the brink of collapse. And at the end they’ll experience the horror of the dark continent.

From the start, the pull is magnetic, the action explosive and the tension is running at a fevered pitch as good versus evil turn the United States into a boiling torrent of blood. Once again, the government and science have gone off on an ill-advised tangent, all in the name of building the perfect deadly fighting machine that didn’t implode on itself and degenerate. When some brilliant entity decides to use death row inmates to turn into super soldiers, what did they think would happen? Only one person had ever survived the change without becoming a twisted version of himself and now he is about to become a target, as well as the only person with a prayer of ending the nightmare created when uncontrolled inmates escape and reign down terror on the country.

Can Tom stay alive long enough to stop the evil that is manipulating the population? THE DARK CONTINENT by Scott Reardon explains enough backstory that I could understand the gist of what transpired in book one. Non-stop action, over-the-top brutality and twisted evil, this one was hard to turn away from, in spite of the gore. A battle between conscience and cruelty, animal instincts and survival! This dark sci-fi tale is as creepy for the imagined possibilities as it is for the written word.

I was invited to receive a complimentary copy from NetGalley and Aspen Press! This is my honest and voluntary review.