Nick Belanger can't stop thinking about the single mother who lives next door. She's smart. She's funny. She's so beautiful he can't stare at her too long for fear his eyes will start to glow. But Kayla thinks he's just an ordinary guy who works in security. Finding out he instead is a powerful immortal warrior who hunts and slays psychotic vampires for a living may not go over well, particularly since she has a daughter she doesn't want to endanger.

Kayla Dorman can keep neither her gaze nor her thoughts from straying to the man next door. Who can blame her really? He is the epitome of tall, dark, and handsome with smart, charming, and honorable thrown in. He's also a few years younger than her and surely would not be interested in a single mom who hasn't dated since her divorce. At least that's what she thinks until an accident nearly takes her life and Nick risks all to save her.

The dynamics of their relationship swiftly change. The friendship they've developed over the years deepens into love as the two spend every minute they can together, laughing and teasing, never suspecting a threat may lurk in the shadows. But that threat soon strikes, making it clear that Nick is the target and his enemy doesn't care if Kayla gets caught in the cross fire. Though Kayla bravely rises to the occasion and is determined to do whatever it takes to help Nick defeat his enemy, Nick is terrified of losing her. Can he identify and eliminate his new nemesis before the man takes everything from him?

Dianne loves all things creative. When she isn’t writing, Dianne is active in the independent film industry and has even appeared on-screen, crawling out of a moonlit grave and wielding a machete like some of the vampires she creates in her books. 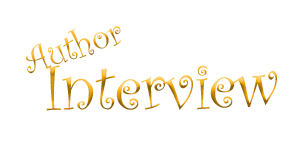 Hello! Thank you for joining us! I’m very happy to be here today, celebrating the release of BROKEN DAWN, an exciting new stand-alone novel in my Immortal Guardians series. If you like powerful preternatural heroes, strong heroines, action scenes that will keep you flipping pages well past your bedtime, and romance that is alternately steamy and sweet and laced with humor, then I think you’ll enjoy this book. If you’re new to my Immortal Guardians series, don’t worry. You won’t be lost at all if you dive in with this book. Even IG fans haven’t met Nick or Kayla yet. ;-)

To give you an idea of what you’ll find between the pages of BROKEN DAWN, I thought I would share 5 Reasons I think you’ll love Kayla.

1
She has a great sense of humor.

He nodded toward her house. “Can I talk you into sharing a snack with me while we watch a movie or something for a bit? I know you need to go to bed soon, but I’d love to spend some time with you first. I promise to keep my hands to myself.”

Stepping back, she shook her head with mock disappointment. “I was going to say yes… but then you blew it with the hands thing.”

He chuckled. “And if I promise not to keep my hands to myself?”

Crossing to the back door, she opened it and offered him a dramatic bow. “Step inside, my dear sir.”

Those soft, full lips of his stretching in a smile, he did as ordered.

2
Like so many of us, she is not without insecurities.

Some of the hunger in her gaze receded as uncertainty crept in.

She bit her lip. “My breasts aren’t what they used to be.”

He glanced at her gorgeous breasts, then met her gaze again. “What did they used to be?”

She laughed, some of the sudden awkwardness leaving her. “Perkier. Pregnancy and breastfeeding changed them.”

He stared at her breasts. “Then thank you, pregnancy and breastfeeding. Because I love your breasts.”

Kayla cupped his face and studied his eyes. “So your eyes glow when you’re turned on?”

“Is that why they’re glowing now?”

“Yes.” When she offered no further comment, his brow furrowed. “What are you thinking?”

She decided to be honest. “I’m thinking about all the muscles I’d like to move right now, beginning with my leg muscles so I can do this.” Shifting, she rose to her knees, slung a leg across him, and straddled his lap.

He hissed in a breath. Sliding his hands down to grip her hips, he drew her toward him until only the cloth of their pants separated them.

Pleasure shot through her, loosing a moan.

4
She’s brave. Even when she’s terrified, she doesn’t back down from a fight.

Seconds ticked off in her head, seeming more like minutes as Kayla ran back down the stairs so quickly she nearly tripped and fell on her face.

She slowed as she approached the kitchen. Flicking the safety off with her thumb, she raised the weapon and aimed it at the entrance to the laundry room, supporting her right hand with her left the way her dad had taught her to at the shooting range.

Fear returned with a vengeance. She’d been so focused on Nick’s wounds that she had totally blanked on his attackers. They could still be out there. They could be creeping in her back door right now. They could be armed and ready to shoot him again.

She kept her weapon trained on the laundry room doorway as she headed back to Nick’s side.

“NO ONE likes to imagine their parents having sex.”

Chuckling, Nick gave her a boyish grin that resurrected the warm and tingly feeling inside her. “I’m convinced a stork left me on my parents’ doorstep.”

“I’ll try to keep a lid on things whenever Becca’s around,” he promised.

“I will, too.” She sent him a wry smile. “She’s the only reason I’m not climbing you like a stripper pole right now.”

Groaning, he dropped his head back. “Don’t say things like that when you know I can’t act on them.”