Poison and Honey by Kristen Brand (Dark and Otherworldly, #1) 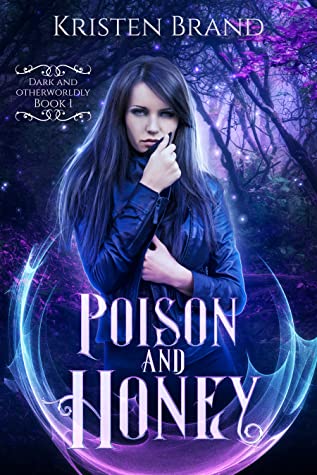 Poison and Honey
by Kristen Brand

Leigh Morgan has known that magic existed ever since an unearthly monster abducted her sister. It’s why she’s in Otherworld now, posing as a servant in its dark, decadent palace. She’s gathering intelligence and working with a small band of allies to bring down the Others and free their human captives. Her mission depends on blending in, so the last thing she wants is to attract the attention of a cunning prince.

Dredarion Rath wants one thing: to disgrace his older brother and prove himself the worthier heir to the throne. And out of all the servants in the palace, he chooses Leigh to help him. Just her luck.

Now Leigh has to keep her work a secret from a bewitching man who sees right through her--and who's not nearly as cold and inhuman as he seems. She can't screw this up, or the humans forced into servitude will never go home. But juggling two conspiracies at once, it's only a matter of time before it all comes crashing down, and the man she's falling for has her executed for her betrayal...

Poison and Honey by Kristen Brand
(Dark and Otherworldly, #1)

You know that feeling, the one that tells you THIS IS GOING TO BE AMAZING? I had that feeling after being only a couple of pages into Kristen Brand’s POISON AND HONEY the cornerstone for her new series, Dark and Otherworldly.

The human world and the Other world are separated by a magic portal. Humans have become slaves to those on the Other side, but one woman is determined to bring the humans home, but first she must allow herself to be captured and play out the hand she is dealt as she gathers intelligence to defeat the enemy. Leigh never expected to have feelings for the dark prince, Dredarion Roth, whose goal was to prevent his brother from taking the throne he covets.

Hiding her agenda has never been so difficult as she learns who the man behind the dark magic and machinations truly is, but she owes it to her people to free them at any cost.

Leigh is “that” heroine who has all of the strength, the intelligence and the daring that makes it impossible not to be on her side. There is nothing overly hard about her, yet nothing too soft, except maybe for her growing feelings for a man she had only ever seen as a monster. Dredarion has an agenda, he wants the throne his favored brother will inherit, he can seem heartless, yet we are shown a side that has a heart and vulnerability.

My only and I mean ONLY complaint was I felt I missed something, the setup or background that I was tossed into the middle of the pond. I wanted more information about both the Others and how they came to steal humans. Other than that, this is a strong read, well-written with powerful characters and atmosphere. I do recommend this one for the strength of the story and flow.

I received a complimentary ARC edition from Kristen Brand! This is my honest and voluntary review.