Blood of the Lily by S.D. Huston Blitz and #Giveaway 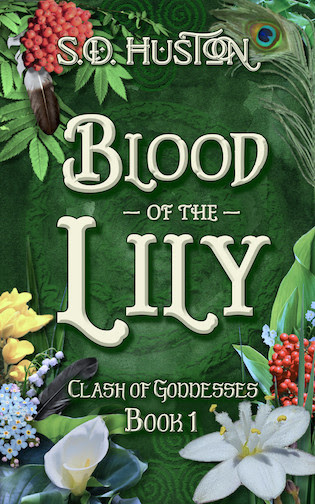 This debut novel from S.D. Huston is a partial fairytale retelling of Snow White & Rose Red mashed up with Irish mythologies!

Triplet sisters, one dead, one kidnapped. A vengeful leprechaun and a scheming goddess. Can Lily save her last sister?

When sixteen-year-old sisters Lily and Rose take it upon themselves to aid a tiny man with a long beard in distress, he curses them into a world of trouble. Lily contends with the grief that lies behind her while trapped in a suffocating silent world of her own design, and she must now face the threat of what might lie ahead.

Whether she believes it or not, leprechauns are real, and in Lugh she has made an unfortunate enemy. Now the race is on to save Rose from the deranged whims of an unscrupulous faery and find out what, or who, is behind this mysterious turn of events. To find the answers, Lily must face the darkness that plagues her: both inside and out. On the grand stage of this world and the Otherworld, an adventure bursts forth so chaotic perhaps even Lily can’t silence it.

Weaving lore, light, and the lush beauty of the Irish language into the wintery landscape of a mystical Ireland around its 3rd century, Blood of the Lily brings to life a world where even the most fantastical places and creatures can be corrupted by the realities of life. This first book in the Clash of Goddesses series transports you into the enchanting and masterfully crafted Otherworld of Éire as one may only see in dreams. Start your journey today!

Lily raised a skeptical eyebrow at her sister Rose and her wild theory. Then she peered back through the interweaving branches of a blackthorn shrub. A leprechaun? No, just a very small man. But what was he doing in the middle of An Caorthann Coill, the Rowan Woods?

“It’s because of Samhain.” Rose’s voice was barely above a whisper, but excitement laced each word. She bounced on her heels where she crouched among the lower branches of a fern tree. “The veil between worlds must be open.”

A mid-morning sun sifted through the canopy of rowanberry trees, highlighting the small man in the clearing. Probably no more than two or three feet in height, he hopped up and down, back and forth.

What was wrong with him?

The sun did little to dispel the gathering cold, which had strengthened over the last few days. A couple of leaves, still untouched by the season’s cool breeze, tickled Lily’s nose, and she swiped at her face before sneezing.

The celebration to welcome in the harvest and usher in the dark half of the year. Lily smirked. Some believed faeries existed and other nonsense, too. She blew hair out of her eyes.

Once, it had been her favorite time of year, but that was before . . .

She shook her head. She didn’t need the distraction.

In what? The stories their mother often told them about the Otherworld. Lily waved a hand and rolled her eyes. Just stories. That’s all they were, and since they were both sixteen years old, they should have grown past believing in such tales.

She knew from experience.

No good folk had saved Marigold, their other sister who had completed them as triplets. Now there was just the two of them.

Drawing in a breath and closing her eyes, she barely held back a grimace. When she opened them, Rose jutted her head toward the diminutive man, a crease deepening between her eyebrows.

His dark red coat glinted, finely embroidered in more gold than Lily had ever seen in her life. He yanked his head back, showing his beard stuck fast in the tree crevice of a fallen log. He muttered a string of curses as he pulled against the rough bark. His gray beard would have probably dragged on the ground, it was so long.

But what was the small man doing alone in the forest? For that matter, where did he come from? Lily heard of no one so small in any of the surrounding ráths or settlements.

These unanswered questions put her on guard. She didn’t like strange things with no answers. Her hands tensed into balled fists.

Rose continued to vibrate with excitement, the emotion bright in her blue eyes. “Can you communicate with him?”

Really? He’s a man. Not an animal.

“No, probably not,” Rose said. “Even if he’s a leprechaun, he’s still not a land animal.” She shrugged her shoulders without looking at her. “We should help him.” 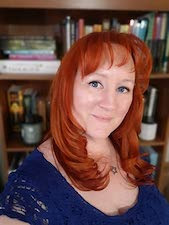 S.D. Huston grew up in several places across the United States, but now lives in Florida’s panhandle with her husband, her youngest son who is autistic, four cats, and one special Siberian Husky. Her oldest son is off serving the country in the U.S. Army.

She’s always had a love for the written word, asking for her first typewriter when she was nine years old (yes, a typewriter!). However, her multiple career paths meandered through seven years in the military, then working in administration, before completing her masters in Writing. She spent the next seven years teaching college English and Literature while also running her own business as a Writing Coach, helping students and writers all over the world.

Today she concentrates solely on her writing career and her family: human, furry, and faery!